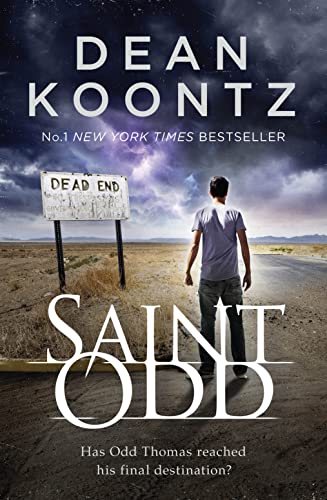 The future is haunting Odd Thomas.

The carnival has returned to Pico Mundo, the same one that came to town when Odd was just sixteen. Odd is drawn to an arcade tent where he discovers Gypsy Mummy, the fortune-telling machine that told him that he and Stormy Llewellyn were destined to be together forever.

But Stormy is dead and Pico Mundo is under threat once more. History seems to be repeating itself as Odd grapples with a satanic cult intent on bringing destruction to his town. An unseasonal storm is brewing, and as the sky darkens and the sun turns blood-red, it seems that all of nature is complicit in their plans.

Meanwhile Odd is having dreams of a drowned Pico Mundo, where the submerged streetlamps eerily light the streets. But there's no way Pico Mundo could wind up underwater . . . could it?

'One of his finest books, and Odd himself is a superb character' Independent

'Odd Thomas is a page-turner ... A read-at-a-sitting novel with a terrific final twist' Observer

GOR010108884
Saint Odd by Dean Koontz
Dean Koontz
Used - Well Read
Paperback
HarperCollins Publishers
2015-07-02
432
0007520166
9780007520169
N/A
Book picture is for illustrative purposes only, actual binding, cover or edition may vary.
This is a used book - there is no escaping the fact it has been read by someone else and it will show signs of wear and previous use. Overall we expect it to be in very good condition, but if you are not entirely satisfied please get in touch with us.