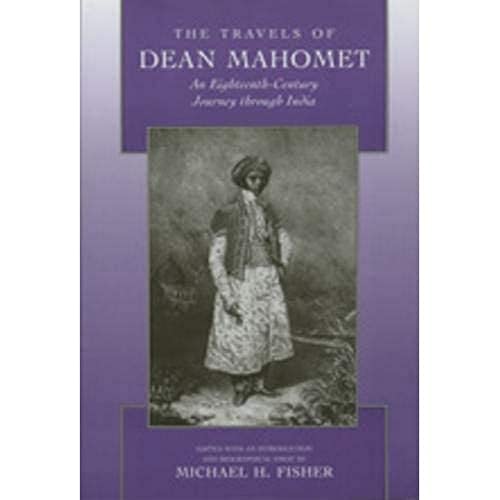 Used Price
47,99 $
inc. GST
Free Shipping in Australia
Offers an account of life in late eighteenth-century India. This book presents an Indian's view of the British conquest of India and conveys the vital role taken by Indians in the colonial process, especially as they negotiated relations with Britons both in the colonial periphery and the imperial metropole.
Reviews:
Trustpilot
Very Good

The Travels of Dean Mahomet Summary

This unusual study combines two books in one: the 1794 autobiographical travel narrative of an Indian, Dean Mahomet, recalling his years as camp-follower, servant, and subaltern officer in the East India Company's army (1769 to 1784); and Michael H. Fisher's portrayal of Mahomet's sojourn as an insider/outsider in India, Ireland, and England. Emigrating to Britain and living there for over half a century, Mahomet started what was probably the first Indian restaurant in England and then enjoyed a distinguished career as a practitioner of 'oriental medicine, i.e., therapeutic massage and herbal steam bath, in London and the seaside resort of Brighton. This is a fascinating account of life in late eighteenth-century India - the first book written in English by an Indian - framed by a mini-biography of a remarkably versatile entrepreneur. "Travels" presents an Indian's view of the British conquest of India and conveys the vital role taken by Indians in the colonial process, especially as they negotiated relations with Britons both in the colonial periphery and the imperial metropole. Connoisseurs of unusual travel narratives, historians of England, Ireland, and British India, as well as literary scholars of autobiography and colonial discourse will find much in this book. But it also offers an engaging biography of a resourceful, multidimensional individual.

Michael H. Fisher is Professor of History at Oberlin College. He is the author of A Clash of Cultures: Awadh, the British, and the Mughals (1987) and Indirect Rule in India: Residents and the Residency System, 1764-1858 (1991).

A Text and a Life

The Significance of Dean Mahomet's Work

A Guide to This Volume

ONE: THE WORLD OF EIGHTEENTH-CENTURY INDIA

The Mughal Empire and the Regional States

The Diverse Origins of the Bengal Army

The New Model: The Sepoy

TWO: THE TRAVELS OF DEAN MAHOMET

Dean Mahomet Works for a Nabob

The World of Brighton

GOR002747910
The Travels of Dean Mahomet: An Eighteenth-Century Journey through India by Dean Mahomet
Dean Mahomet
Used - Very Good
Paperback
University of California Press
1997-06-26
214
0520207173
9780520207172
N/A
Book picture is for illustrative purposes only, actual binding, cover or edition may vary.
This is a used book - there is no escaping the fact it has been read by someone else and it will show signs of wear and previous use. Overall we expect it to be in very good condition, but if you are not entirely satisfied please get in touch with us.