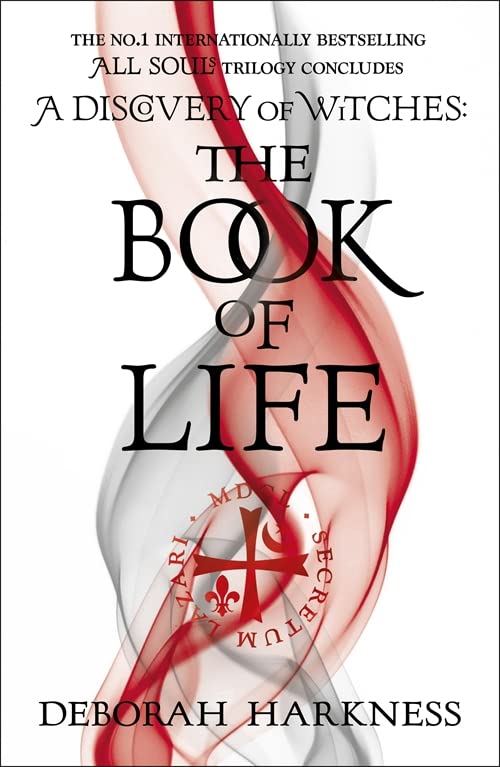 The Book of Life
by Deborah Harkness

In Stock
$19.49
inc. GST
The exciting third installment in the ALL SOULS trilogy following the No.1 internationally bestselling A DISCOVERY OF WITCHES and SHADOW OF NIGHT
Like New Very Good Good Well Read
Only 1 left

The Book of Life Summary

The Book of Life: (All Souls 3) by Deborah Harkness

THE NO.1 SUNDAY TIMES AND NEW YORK TIMES HARDBACK BESTSELLER

Fall under the spell of Diana and Matthew once more in the stunning climax to their epic tale, following A DISCOVERY OF WITCHES and SHADOW OF NIGHT.

A world of witches, daemons and vampires.

A manuscript which holds the secrets of their past and the key to their future.

Diana and Matthew - the forbidden love at the heart of it.

'Rich in arcane detail, fans will relish this exotic cauldron of romantic fantasy' Sunday Mirror on THE BOOK OF LIFE

After travelling through time in SHADOW OF NIGHT, the second book in Deborah Harkness's enchant ing series, historian and witch Diana Bishop and vampire scientist Matthew Clairmont return to the present to face new crises and old enemies. At Matthew's ancestral home in France they reunite with their families - with one heart-breaking exception. But the real threat to their future is yet to be revealed, and when it is, the search for the elusive manuscript Ashmole 782 and its missing pages takes on a terrifying urgency. Using ancient knowl edge and modern science, from the palaces of Venice and beyond, Diana and Matthew will finally learn what the witches discovered so many centuries ago.

The Book of Life Reviews

What a rich, thrilling and educational tale is... A captivating and romantic ripping yarn -- E L James * Guardian *
Intelligent and off-the-wall...irresistible to Twilight fans * The Sunday Times *
Spellbinding... Unputdownable * Woman & Home *
This is a glorious, finely-wrought gem of a book: intelligent, thoughtful, intricate... I could lose myself in here and never want to come out: what better accolade can there be? ...Utterly enchanting on every level -- Manda Scott
A bubbling cauldron of illicit desire...all the ingredients for an assured saga that blends romance with fantasy * Daily Mail *
A vast, sexy, historical romp of a novel. There's no doubting Harkness's vivid imagination * Daily Mirror *
An inventive addition to the supernatural craze...has exciting amounts of spells, kisses and battles, and is recounted with enchanting, page-turning panache * Marie Claire *

Deborah Harkness is the number one Sunday Times bestselling author of A Discovery of Witches, Shadow of Night and The Book of Life. A history professor at the University of Southern California, Harkness has received Fulbright, Guggenheim, and National Humanities Center fellowships.

GOR006645585
The Book of Life: (All Souls 3) by Deborah Harkness
Deborah Harkness
Used - Like New
Paperback
Headline Publishing Group
2015-04-09
656
0755384792
9780755384792
N/A
Book picture is for illustrative purposes only, actual binding, cover or edition may vary.
This is a used book - there is no escaping the fact it has been read by someone else and it will show signs of wear and previous use. Overall we expect it to be in very good condition, but if you are not entirely satisfied please get in touch with us.