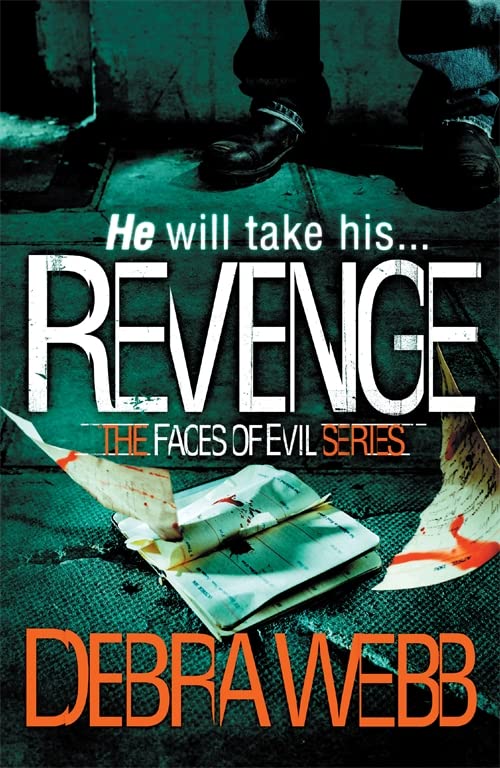 Revenge (The Faces of Evil 5)
by Debra Webb

Revenge (The Faces of Evil 5) Summary

Revenge (The Faces of Evil 5) by Debra Webb

The fifth thrilling novel in the internationally bestselling FACES OF EVIL series by Debra Webb, for fans of Karen Rose, Katia Lief and Mary Burton.

'The Five' once had it all. Rich, popular and about to start university, the world was theirs for the taking. But a farewell blow-out took a horrifying turn when one of two invited outsiders was found dead the next day. Though police ruled the death as suicide, his friend knew it was not self-inflicted.

Twelve years on, the Five have been brought back together under the guise of a class reunion. They are each going to pay for their actions, one by one.

When Deputy Police Chief Jess Harris is confronted with the first murder scene, she and her team must scramble to uncover the killer's message. One thing is certain: he is far from finished. Can they track him down, or will he succeed in carrying out four more terrifying acts of revenge?

Catch the rest of the heart-stopping series: Obsession, Impulse, Power, Revenge and Ruthless.

Revenge (The Faces of Evil 5) Reviews

Debra Webb, born in Alabama, wrote her first story at age nine and her first romance at thirteen. It wasn't until she spent three years working for the military behind the Iron Curtain - and a five-year stint with NASA - that she realised her true calling. A collision course between suspense and romance was set. Since then she has penned more than 100 novels.

GOR005105780
Revenge (The Faces of Evil 5) by Debra Webb
Debra Webb
The Faces of Evil
Used - Very Good
Paperback
Headline Publishing Group
2013-07-30
400
1472207009
9781472207005
N/A
Book picture is for illustrative purposes only, actual binding, cover or edition may vary.
This is a used book - there is no escaping the fact it has been read by someone else and it will show signs of wear and previous use. Overall we expect it to be in very good condition, but if you are not entirely satisfied please get in touch with us.