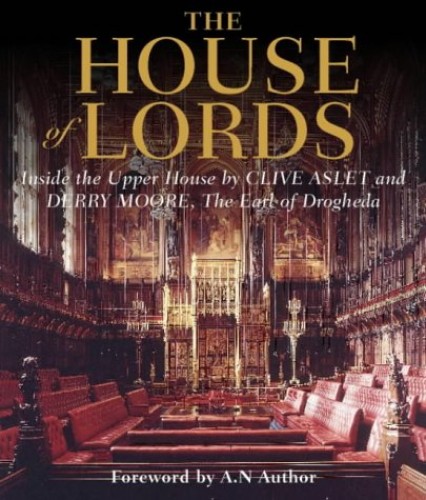 Inside The House of Lords
by Derry Moore

Inside The House of Lords Summary

Inside The House of Lords by Derry Moore

THE BUILDING AND ITS TRADITIONS
This describes the architecture in detail; how Barry and Pugin arrived at the final designs.
Also, the traditions and procedures of the Upper House - for example, the Lord Chancellor's Procession, the Woolsack.

ITS HISTORY
The history as the Victorians saw it. Every square inch of the Palace of Westminster symbolises the Victorians' sense of their past, surviving as part of a continuous tradition of democracy. This chapter would examine the key points that the Victorians sought to emphasise, in the light of modern historical knowledge.

KEY EVENTS
The key events that shaped the House of Lords up to the present day - the Great Reform Act, the 1911 debacle with Lloyd-George,

WHAT THE LORDS DO TODAY
An analysis of the function of the chamber. Discussion of the alternatives, with reform in mind.

Inside The House of Lords Reviews

"...must rival Mark Girourd as one of the best. His book is superb"
Nigel Nicolson in The Guardian

"His book is a revelation... (he) has the catholicity of taste demanded for a book like this"
Anthony Powell in The Daily Telegraph

Derry Moore (AKA The Earl of Drogheda) is one of the UK's leading architecture and garden photographers working today. His photographs are to be seen in many magazines and publications, notably Country Life.
Clive Aslet is an architectural Historian by training and wrote the highly acclaimed THE LAST COUNTRY HOUSES. He is the editor of Country Life magazine and recently stirred public debate with his book ANYONE FOR ENGLAND?

GOR010397806
Inside The House of Lords by Derry Moore
Derry Moore
Used - Like New
Hardback
HarperCollins Publishers
1998-10-05
192
0004140478
9780004140476
N/A
Book picture is for illustrative purposes only, actual binding, cover or edition may vary.
This is a used book - there is no escaping the fact it has been read by someone else and it will show signs of wear and previous use. Overall we expect it to be in very good condition, but if you are not entirely satisfied please get in touch with us.