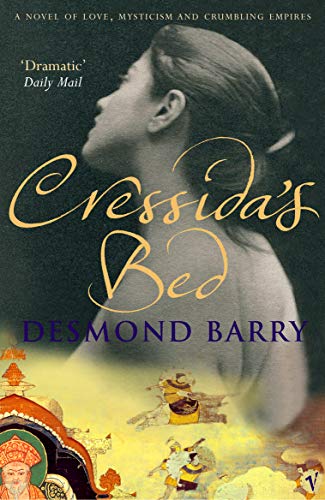 Dr Christina Devenish, Suffragist and Theosophist, is running a birth control clinic in Bombay in 1931. When the clinic is burnt down in an independence riot, her father invites her to visit him in Bhutan, where he is an advisor at the court of the Shabdrung, Bhutan's version of the Dalai Lama.

Arriving in Calcutta, Christina joins a British expedition to Bhutan led by Major Owen Davies, a tough Political Officer. Davies has the covert brief to resolve, even by 'drastic action', the rivalry between the Shabdrung and the Maharaja, Bhutan's temporal ruler. Christina's father is deeply embroiled in the Great Game: and for Davies, he's on the wrong side.

As Christina and Owen Davies journey toward the Himalayas, they begin a hungry love affair, knowing that other loyalties will soon intrude; and when Christina meets the Shabdrung, the young god-king's effect on her leads to a devastating final act.

An unmissable writer * GQ *
Barry has an extraordinary talent for creating historical characters who inhabit a convincing past * Independent *
Both a history lesson about a hushed-up episode of British imperialism and a dramatic read * Daily Mail *
An epic adventure across dangerous mountains and towards the remote kingdom of Bhutan... A convincing read * Big Issue *
Passages of lyrical descriptive writing create a vivid sense of place, conjuring the light, colour, wildlife and weather of Bhutan. A rich seam of the picturesque animates the novel * Times Literary Supplement *

Desmond Barry was born and brought up in Wales. He works in Tibet during the summer and is presently an External Fellow at Glamorgan University. He is the author of two previous novels, The Chivalry of Crime and A Bloody Good Friday.

GOR004276757
Cressida's Bed by Desmond Barry
Desmond Barry
Used - Very Good
Paperback
Vintage Publishing
2005-06-02
304
0099471965
9780099471967
N/A
Book picture is for illustrative purposes only, actual binding, cover or edition may vary.
This is a used book - there is no escaping the fact it has been read by someone else and it will show signs of wear and previous use. Overall we expect it to be in very good condition, but if you are not entirely satisfied please get in touch with us.