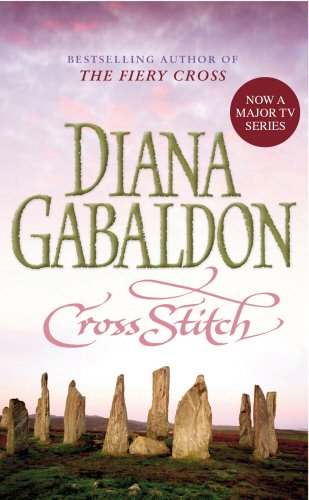 Used Price
$17.49
inc. GST
Free Shipping in Australia
Marooned amid the passion and violence, the superstition, the shifting allegiances and the fervent loyalties, Claire is in danger from Jacobites and Redcoats - and from the shock of her own desire for James Fraser, a gallant and courageous young Scots warrior.
Reviews:
Trustpilot
Very Good Good Well Read

THE FIRST NOVEL IN THE BESTSELLING OUTLANDER SERIES. As seen on Amazon Prime TV. Claire Randall is leading a double life. She has a husband in one century - and a lover in another. In 1946, Claire Randall is back from the war and reunited with her husband on a second honeymoon in Scotland. Innocently she walks through a stone circle in the Highlands, and finds herself in a violent skirmish taking place in 1743. Suddenly she is a Sassenach, an outlander, in a country torn by war and by clan feuds. A wartime nurse, Claire can deal with the bloody wounds that face her. But it is harder to deal with the knowledge that she is in Jacobite Scotland and the carnage of Culloden is looming. Marooned amid the passion and violence, the superstition, the shifting allegiances and the fervent loyalties, Claire is in danger from Jacobites and Redcoats - and from the shock of her own desire for James Fraser, a gallant and courageous young Scots warrior. Jamie shows her a passion so fierce and a love so absolute that Claire becomes a woman torn between fidelity and desire, and between two vastly different men in two irreconcilable lives.

Diana Gabaldon is the author of the international bestselling Outlander novels and Lord John Grey series. She says that the Outlander series started by accident: 'I decided to write a novel for practice in order to learn what it took to write a novel, and to decide whether I really wanted to do it for real. I did - and here we all are trying to decide what to call books that nobody can describe, but that fortunately most people seem to enjoy.' And enjoy them they do - in their millions, all over the world. Published in 42 countries and 38 languages, in 2014 the Outlander novels were made into an acclaimed TV series starring Sam Heughan as Jamie Fraser and Caitriona Balfe as Claire. Seasons three and four are currently in production. Diana lives with her husband and dogs in Scottsdale, Arizona, and is currently at work on her ninth Outlander novel.

GOR001221215
Cross Stitch: (Outlander 1) by Diana Gabaldon
Diana Gabaldon
Outlander
Used - Very Good
Paperback
Cornerstone
1992-07-16
880
0099911701
9780099911708
Short-listed for Best of the Bestsellers 1998
Book picture is for illustrative purposes only, actual binding, cover or edition may vary.
This is a used book - there is no escaping the fact it has been read by someone else and it will show signs of wear and previous use. Overall we expect it to be in very good condition, but if you are not entirely satisfied please get in touch with us.