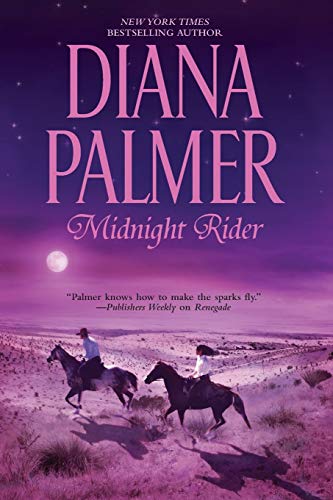 Out of Stock
$18.49
inc. GST
Contains excerpts from Wyoming tough and Wyoming fierce.
Like New
Only 0 left

Count Eduardo Cortes's fortune--and future at his beloved ranch--are in question. Tragedy, money woes and family pressure are now driving him toward a marriage of convenience. That is, until he encounters Bernadette Barron, wandering frightened and disheveled after a society ball....

Beneath the grime, it's clear Bernadette is beautiful and rich. But is she just another heartbreak waiting to happen or has Eduardo finally found the one woman who can save his ranch and heal his heart? The Spanish count can provide Bernadette with the title she needs--but can he return her feelings?

Gazing into her husband's penetrating eyes, Bernadette sees not only his calculating ways but also his quick arousal to passion. Will their growing desire be enough to overcome the mounting challenges they face...and to claim the love she will not be denied?

"Palmer demonstrates, yet again, why she's the queen of desperado quests for justice and true love."--Publisher's Weekly on Dangerous

"The popular Palmer has penned another winning novel,
a perfect blend of romance and suspense."
-Booklist on Lawman

"Palmer knows how to make the sparks fly...heartwarming."
-Publishers Weekly on Renegade

"Sensual and suspenseful."
-Booklist on Lawless

The prolific author of more than one hundred books, Diana Palmer got her start as a newspaper reporter. A New York Times bestselling author and voted one of the top ten romance writers in America, she has a gift for telling the most sensual tales with charm and humor. Diana lives with her family in Cornelia, Georgia.

GOR010430679
Midnight Rider by Diana Palmer
Diana Palmer
Used - Like New
Paperback
HarperCollins Publishers
2012-11-20
299
0373777124
9780373777129
N/A
Book picture is for illustrative purposes only, actual binding, cover or edition may vary.
The book has been read, but looks new. The book cover has no visible wear, and the dust jacket is included if applicable. No missing or damaged pages, no tears, possible very minimal creasing, no underlining or highlighting of text, and no writing in the margins.