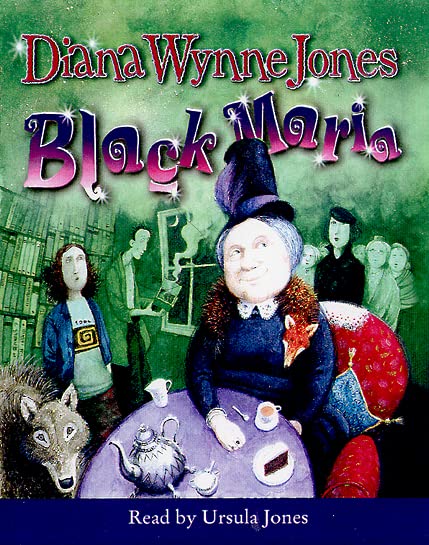 On the surface, Aunt Maria seems like a cuddly old lady, all chit-chat and lace doilies and unadulterated NICEness!

On the surface, Aunt Maria seems like a cuddly old lady, all chit-chat and lace doilies and unadulterated NICEness!

When Mig and her family go for a short visit, they soon learn that Aunt Maria rules the place with a rod of sweetness that's tougher than iron and deadlier than poison. Life revolves around tea parties, while the men are all grey-suited zombies who fade into the background, and the other children seem like clones.

The short visit becomes a long stay, and when all talk of going home ceases, Mig despairs! Things go from bad to worse when Mig's brother Chris tries to rebel, but is changed into a wolf .

Mig is convinced that Aunt Maria must be a witch - but who will believe her? It's up to Mig to figure out what's going on. Maybe the ghost who haunts the downstairs bedroom holds the key?

GOR010827940
Black Maria by Diana Wynne Jones
Diana Wynne Jones
Used - Very Good
Hardback
HarperCollins Publishers
2001-03-05
0007113870
9780007113873
N/A
Book picture is for illustrative purposes only, actual binding, cover or edition may vary.
This is a used book - there is no escaping the fact it has been read by someone else and it will show signs of wear and previous use. Overall we expect it to be in very good condition, but if you are not entirely satisfied please get in touch with us.