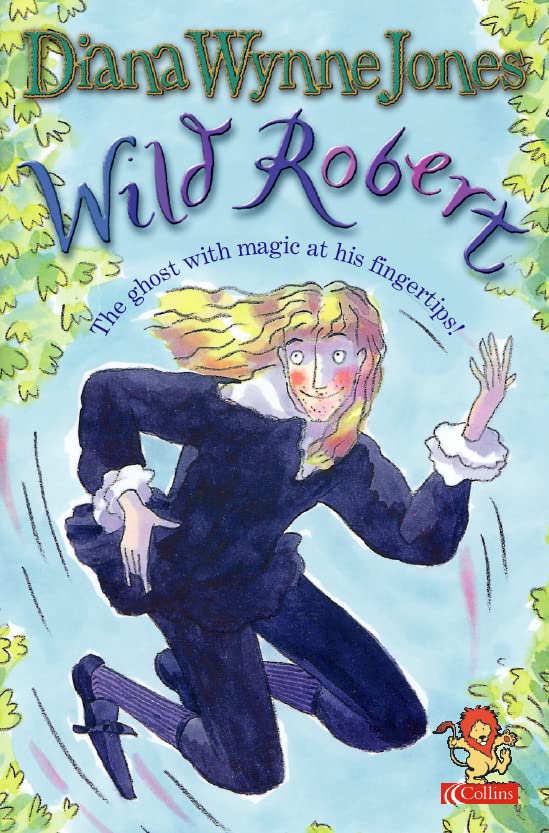 In the grounds of Castlemaine is a peculiar mound, hidden by yew trees. People say it's the grave of Wild Robert...

In the grounds of Castlemaine is a peculiar mound, hidden by yew trees. People say it's the grave of Wild Robert...

Heather finds the mound when she tries to escape the hordes of tourists who invade the stately home where she lives.

"Wild Robert, I wish you were really under there!" she cries. "You could come out and deal with the tourists!"

All of a sudden, there is a smell like earth and strange spices. A voice says, "Did somebody call?"

Heather gets her wish, and nothing is ever the same again!

Wild Robert is a gentle, charming ghost, who is half a magician [on his mother's side]. He returns after 350 years and is horrified by the antics of the tourists at his once home Castlemaine House. Since he's a ghost who haunts by day, he plays some wonderfully wicked pratical jokes which drive the tourists away...

GOR000413511
Wild Robert (Red Storybook) by Diana Wynne Jones
Diana Wynne Jones
Red Storybook
Used - Very Good
Paperback
HarperCollins Publishers
2001-01-02
96
0006755240
9780006755241
N/A
Book picture is for illustrative purposes only, actual binding, cover or edition may vary.
This is a used book - there is no escaping the fact it has been read by someone else and it will show signs of wear and previous use. Overall we expect it to be in very good condition, but if you are not entirely satisfied please get in touch with us.