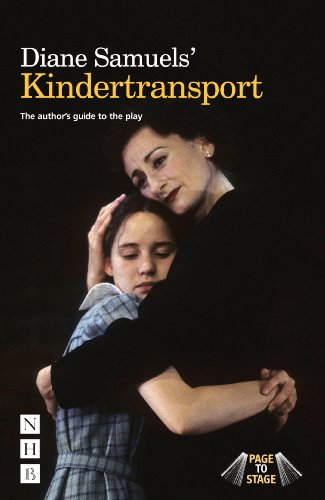 The author's guide to Kindertransport, an invaluable and uniquely authoritative resource for anyone studying, teaching or performing the play.

Since it was first staged by the Soho Theatre Company in London in 1993, Diane Samuels' Kindertransport has enjoyed huge success around the world, has been revived numerous times, and is widely studied in schools and colleges. The play tells the story of how nine-year-old Eva, a German Jewish girl, is sent by her parents on the Kindertransport to start a new life with a foster family in Britain just before the outbreak of World War Two. Over forty years later, she has changed her name to Evelyn and denied her roots. When her own daughter discovers some old letters and photos in the attic, she is forced to confront the truth about who she really is and to reveal a dark secret that she has done everything to keep hidden.

In this author's guide to the play, Diane Samuels investigates the historical background, drawing on the personal testimony of those whose lives were transformed by the Kindertransport. She explores the creative process that shaped the play through successive drafts. And she presents detailed accounts from the actors, directors, a composer and designer who have contributed to the play's most notable productions.

"Illuminating... It's a refreshing change for a study guide to come from the pen of the person who created the text being studied... an informative, enlightening contribution to textual study and performance." - The Stage

Diane Samuels is a playwright and author whose plays include Kindertransport, The True-Life Fiction of Mata Hari (Palace Theatre, Watford, 2002), Cinderella's Daughter (Trestle Theatre, 2005) and Tiger Wings (BBC Radio 4). She has written several plays for younger audiences and wrote the book for the musical The A-Z of Mrs P, music and lyrics by Gwyneth Herbert (Southwark Playhouse, 2014).

DIANE SAMUELS is a playwright whose work has been widely produced. Her play Kindertransport won the Verity Bargate and Meyer-Whitworth Awards, and was first produced by the Soho Theatre Company in 1993. Subsequently it has been translated into many languages, performed in the West End, Off-Broadway and all over the world, and revived numerous times.

GOR006414393
Diane Samuels' Kindertransport: The author's guide to the play by Diane Samuels
Diane Samuels
Used - Very Good
Paperback
Nick Hern Books
1900-01-01
200
1848422849
9781848422841
N/A
Book picture is for illustrative purposes only, actual binding, cover or edition may vary.
This is a used book - there is no escaping the fact it has been read by someone else and it will show signs of wear and previous use. Overall we expect it to be in very good condition, but if you are not entirely satisfied please get in touch with us.