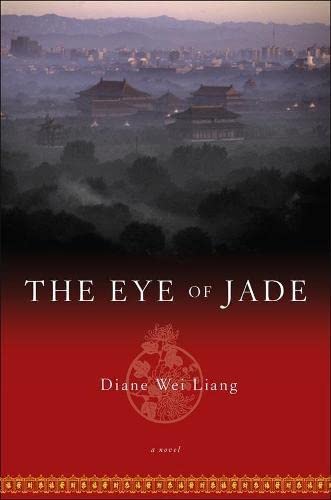 The Eye of Jade by Diane Wei Liang

A detective story with a difference

The Eye of Jade by Diane Wei Liang

Mei is a modern, independent Chinese woman. She runs her own business in Beijing, working as a private investigator; she owns a car; she even has that most modern of commodities, a male secretary. One day, `Uncle' Chen, no relation but a close friend of her mother, comes to Mei with a case to investigate. He asks her to find a Han dynasty jade of great value. The jade was taken from its museum during the years of the Cultural Revolution when Red Guards swarmed the streets, destroying many remnants of the past. Mei's investigations reveal a story that has far more to do with the past, and her own family history, than she could ever have expected. The story forces her to delve into that dark, brutal part of China's history, Mao's labour camps and the countless deaths for which no one was ever held responsible. It exposes the agonizing choices made during the Revolution, to kill or be killed, to love or to live.

The Eye of Jade is a fascinating glimpse of city life in modern China. Liang captures vividly Beijing's bustle and noise, from seedy gambling dens and cheap noodle bars to the splendour of the Forbidden City. With a rich cast of characters, spanning immigrant workers and government officials, she examines the sometimes uneasy relationship between China's brutal communist past under Mao and its increasingly capitalist present.

"We've all heard of "The No. 1 Ladies' Detective Agency," Alexander McCall Smith's bestselling novels about a female private detective from Botswana. Now it's China's turn. On the surface "The Eye of Jade" is a classic detective fiction with lots of underworld contacts and hushed conversations in noodle bars, but underneath, Liang, who fled China after her involvement in the student protests in Tiananmen Square, is doing something much more than an examination of China old and new. There's an incredible tension between old Communist China and a new capitalist future; this tension is at the heart of the novel. This novel takes on subjects that in the past would have been censored." -- Mark Coles, BBC
Diane Wei Liang was born in China in 1966, the year the Cultural Revolution began. She was studying at Beijing University in the 1980s but was forced to leave and continue her studies in the USA because of her involvement in the students' revolt that led to the Tiananmen Square massacre. She now lives in London, where she teaches business management at Royal Holloway, and is married with two small children.
GOR005513695
9780330447720
0330447726
The Eye of Jade by Diane Wei Liang
Diane Wei Liang
Used - Very Good
Hardback
Pan Macmillan
2007-04-06
240
N/A
Book picture is for illustrative purposes only, actual binding, cover or edition may vary.
This is a used book - there is no escaping the fact it has been read by someone else and it will show signs of wear and previous use. Overall we expect it to be in very good condition, but if you are not entirely satisfied please get in touch with us
Trustpilot