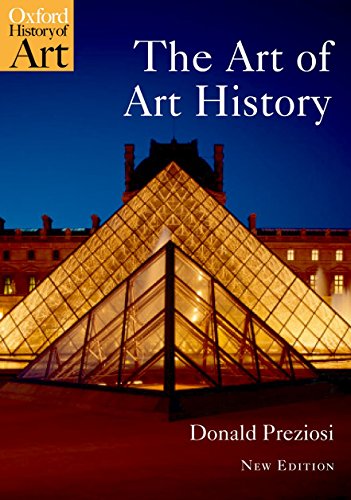 In Stock
$35.99
inc. GST
New edition of this key guide to art history, which takes a critical reading of the field's most innovative and influential texts over the past two centuries, including the most important new writing on the most recent work in a variety of new media.
Very Good
Only 1 left

The Art of Art History Summary

What is art history? Why, how, and where did it originate, and how have its methods changed over time? The history of art has been written and rewritten since classical antiquity. Since the foundation of the modern discipline of art history in Germany in the late eighteenth century, debates about art and its histories have intensified. Historians, philosophers, psychologists, and anthropologists among others have changed our notions of what art history has been, is, and might be. This anthology is a guide to understanding art history through critical reading of the field's most innovative and influential texts, focusing on the past two centuries. Each section focuses on a key issue: art as history; aesthetics; form, content, and style; anthropology; meaning and interpretation; authorship and identity; and the phenomenon of globalization. More than thirty readings from writers as diverse as Winckelmann, Kant, Mary Kelly, and Michel Foucault are brought together, with editorial introductions to each topic providing background information, bibliographies, and critical elucidations of the issues at stake. This updated and expanded edition contains sixteen newly included extracts from key thinkers in the history of art, from Giorgio Vasari to Walter Benjamin and Satya Mohanty; a new section on globalization; and also a new concluding essay from Donald Preziosi on the tasks of the art historian today.

The Art of Art History Reviews

Author of a dozen books on art, architecture, museology, and critical and cultural theory, Donald Preziosi received his doctorate in art history from Harvard and has been a professor of art history at Yale, MIT, UCLA, and Oxford, where he was the Slade Professor of Fine Art in 2000-2001. He is a member of the History Faculty at Oxford University and Emeritus Professor of Art History and Critical Theory at UCLA. In 2005-2006 he was an Andrew Mellon Foundation Distinguished Emeritus Faculty Fellow and in 2007 a MacGeorge Fellow at the University of Melbourne, Australia. He is currently working on a study of the complex relations between art and religion in the Western tradition.

1. ART AS HISTORY; 2. AESTHETICS; 3. FORM, CONTENT, AND STYLE; 4. ANTHROPOLOGY AND/OR ART HISTORY; 5. MECHANISMS OF MEANING; 6. THE LIMITS OF INTERPRETATION; 7. AUTHORSHIP AND IDENTITY; 8. GLOBALIZATION AND ITS DISCONTENTS