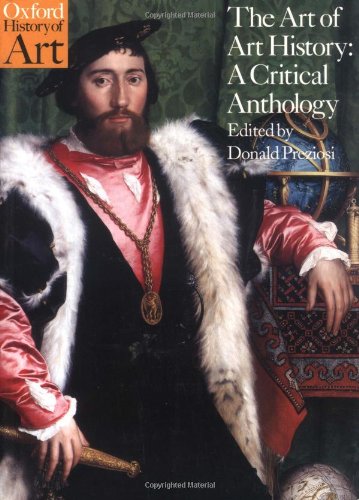 The Art of Art History by Donald Prezioso

What is art history and where did it originate? In the OXFORD HISTORY OF ART series, this book provides a critical reading of key texts from the past two centuries. Preziosi introduces an anthology of over thirty contributions by Kant, Gombrich, Panofsky, Mary Kelly and others, with background information on the major issues.

The Art of Art History: A Critical Anthology by Donald Prezioso