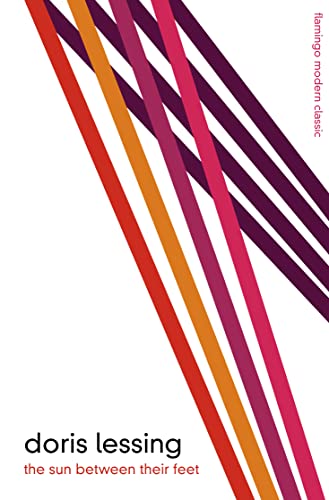 The Sun Between Their Feet
by Doris Lessing

The second volume of Doris Lessing's `Collected African Stories', and a classic work from the winner of the Nobel Prize for Literature.

The Sun Between Their Feet Summary

The Sun Between Their Feet: Collected African Stories Volume Two by Doris Lessing

The second volume of Doris Lessing's `Collected African Stories', and a classic work from the winner of the Nobel Prize for Literature.

`As for these stories - when I write one, it is as if I open a gate into a landscape which is always there. Time has nothing to do with it. A certain kind of pulse starts beating, and I recognise it: it is time I wrote another story from that landscape, external and internal at the same time, which was once the Old Chief's Country.' Doris Lessing, from the Preface

This much-acclaimed collection of stories vividly evokes both the grandeur of Africa and the glare of its sun and the wide open space, as well as the great, irresolvable tensions between whites and blacks. Tales of poor white farmers and their lonely wives, of storm air thick with locusts, of ants and pomegranate trees, black servants and the year of hunger in a native village - all combine to present a powerful image of a continent which seems incorruptible in spite of all the people who plough, mine and plunder it to make their living. In Doris Lessing's own words, `Africa gives you the knowledge that man is a small creature, among other creatures, in a large landscape.'

The Sun Between Their Feet Reviews

`Some stories are set in the Twenties, others in the war, others thereafter, but all draw with unhampered directness upon childhood sensation undiminished by distance and memory. With a boundless fecundity and flow, these stories are timeless, as though heat and wilderness took the place of time.' Daily Telegraph

`Doris Lessing can take what appears to be commonplace, mere passing anecdote and turn it deftly until its inner light is released: one feels that she has gazed upon the stories in her mind until that peculiar angle of vision, the angle that pierces obliquely but clean to the heart of a thing, has finally been found.' The Times

GOR001707064
The Sun Between Their Feet: Collected African Stories Volume Two by Doris Lessing
Doris Lessing
Used - Very Good
Paperback
HarperCollins Publishers
1998-01-03
384
0006545432
9780006545439
N/A
Book picture is for illustrative purposes only, actual binding, cover or edition may vary.
This is a used book - there is no escaping the fact it has been read by someone else and it will show signs of wear and previous use. Overall we expect it to be in very good condition, but if you are not entirely satisfied please get in touch with us.