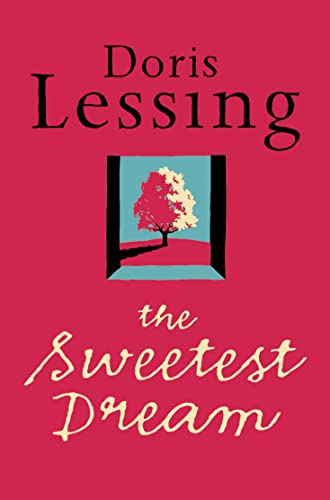 The Sweetest Dream
by Doris Lessing

Nobel Prize for Literature winner Doris Lessing tackles the 1960s and their legacy head-on in one of her most involving, personal, political novels.

The Sweetest Dream by Doris Lessing

Nobel Prize for Literature winner Doris Lessing tackles the 1960s and their legacy head-on in one of her most involving, personal, political novels.

It's the morning of the 1960s and it's suppertime at Freedom Hall, the most welcoming household in north London. Frances Lennox stands at her stove, preparing another feast before ladling it out to the youthful crew assembled around her hospitable table - here are her two sons, smarting at their upbringing but beginning to absorb their mother's lessons. Around them are ranged their schoolfriends and girlfriends and ex-friends and new friends fresh off the street. The feast begins. Wine and talk flow. Everything is being changed and being challenged.

But what is being tolerated? And where will it end? Over there in the corner is Frances's ex-husband, Comrade Johnny, who delivers his rousing tirades, then laps up the adolescent adulation before disappearing into the night to evade the clutches of his responsibilities. Upstairs sits Johnny's exiled mother, funding all, but finding she can embrace only one lost little girl - Sylvia, who has to travel to Africa, to newly independent Zimlia, to find out who she is and what she wants. And what of the Africans, what will they tolerate?

These are the people dreaming the 1960s into being, and the people who, on the morning after all that dreaming, woke to find they were the ones who had to clear up and make good.

`Her portraits of sympathetic human relationships are of quite staggering beauty...It would be hard to exaggerate the splendour of this book.' The Times

`The haunting brilliance of her characters...the passion of her ideas and vision, remain undiminished. She's up there in the pantheon with Honore [Balzac] and George [Eliot].' Independent

GOR001072490
The Sweetest Dream by Doris Lessing
Doris Lessing
Used - Very Good
Paperback
HarperCollins Publishers
2002-06-26
496
0006552307
9780006552307
N/A
Book picture is for illustrative purposes only, actual binding, cover or edition may vary.
This is a used book - there is no escaping the fact it has been read by someone else and it will show signs of wear and previous use. Overall we expect it to be in very good condition, but if you are not entirely satisfied please get in touch with us.