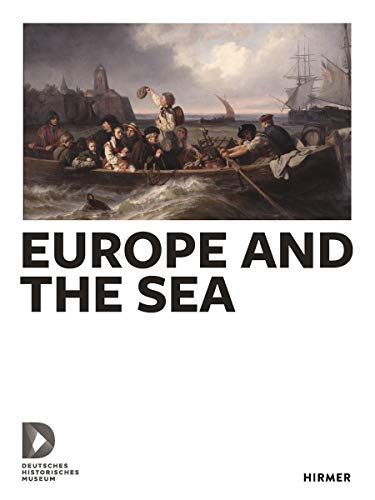 Europe and the Sea
by Dorlis Blume

Europe and the Sea Summary

Europe and the Sea by Dorlis Blume

The history and culture of Europe has been decisively shaped by the exploration and use of the seas surrounding Europe. This catalogue book reflects the significance of the sea as a space of rule and trade for Europeans, as bridge and border, as resource and a site of desire. The book also reviews the changing perception of the sea in the arts.

Europe is a maritime continent: measured by the length of its coasts and its total size, none of the five continental masses on the planet has more points of cont act with the seas than Europe. The importance of the sea for the development of European civilisation is illustrated by the themes of myths, shipbuilding and seafaring, rule of the seas, European coastal trade, expansion, the slave trade, migration, the ma ritime global economy, resources, oceanography, tourism, and the artistic perception of the sea. Thirteen themes, each linked to a port city, range from Antiquity to the present day and demonstrate that the domination of the seas was a central component of European power politics for centuries.

Dorlis Blume is a curator at the Deutsches Historisches Museum. Christiana Brennecke is a public relations associate at the Badisches Landesmuseum Karlsruhe. Ursula Breymayer is a German curator. Thomas Eisentraut works as a translator, historian, and exhibition curator.

GOR009971940
Europe and the Sea by Dorlis Blume
Dorlis Blume
Used - Very Good
Hardback
Hirmer Verlag
2018-07-26
448
3777430161
9783777430164
N/A
Book picture is for illustrative purposes only, actual binding, cover or edition may vary.
This is a used book - there is no escaping the fact it has been read by someone else and it will show signs of wear and previous use. Overall we expect it to be in very good condition, but if you are not entirely satisfied please get in touch with us.