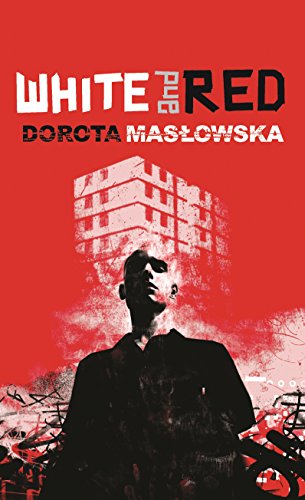 White and Red
by Dorota Maslowska

White and Red by Dorota Maslowska

An acclaimed international bestseller from a young Polish literary sensation - a controversial and darkly comic novel of adolescence in which Trainspotting meets Naked Lunch.

An audacious, fresh portrait of marginalized, fatalistic post-Communist youth. Andrzej 'Nails' Robakoski is a tracksuited slacker who spends most of his time searching for his next line of speed and dreaming up conspiracy theories about the national economy. Dumped by his girlfriend Magda, a beautiful seductress, he turns to Angela, a proselytizing vegetarian Goth, and then to Natasha, a hellcat who tears his house apart looking for speed, followed by Ala, the nerdy economics student who was the girlfriend of the friend who stole Magda. In the background, a xenophobic campaign against the growing Russian black market escalates, resulting in citizens painting their houses in national colours, and a pageant to crown one of the girls as Miss No Russkies... or did it all just happen in Nails' fevered mind?

With inventive and visceral language that is by turns poetic, hilarious, disturbing and dirty, White and Red is a powerful portrait of love, hopelessness and political burnout in contemporary Eastern Europe.

"'Maslowska, with extraordinary literary sensitivity, catches the language of society's underbelly... White and Red is a book that is simultaneously realistic and hyper-realistic. Prose which tastes like the poetry of a dirty street and filthy projects.' Gazeta Wyborna (Poland); 'A melange of Salinger's Catcher in the Rye, Burroughs's Naked Lunch and Doblin's Alexanderplatz.' Buchreport (Germany); 'A novel like a rush of speed: hard, fast and breathtaking.' Young Miss (Germany)"

Dorota Maslowska is twenty-one years old and the recipient of the prestigious Polityka Prize. White and Red has been sold in twelve countries.

GOR001227918
White and Red by Dorota Maslowska
Dorota Maslowska
Used - Very Good
Paperback
Atlantic Books
2005-05-12
216
1843544237
9781843544234
N/A
Book picture is for illustrative purposes only, actual binding, cover or edition may vary.
This is a used book - there is no escaping the fact it has been read by someone else and it will show signs of wear and previous use. Overall we expect it to be in very good condition, but if you are not entirely satisfied please get in touch with us.