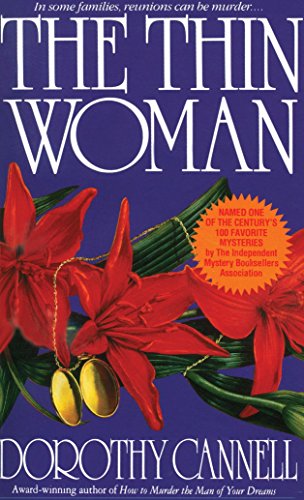 In Stock
$14.49
+10% GST
Overweight and unmarried, Ellie Simons balks at the prospect of attending her family reunion. But with a hired escort in tow--posing as husband--she summons the courage to go, little realizing that the weekend will lead to unexpected romance, a treasure hunt--and murder. "A likable debut".--Kirkus.
Very Good Good Well Read
Only 2 left

In the delectable debut that earned her instant acclaim, award-winning author Dorothy Cannell serves up a murder mystery to be savored. . .

Ellie Simons longs to be thin--and married. But with her single-minded passion for clairs and clotted cream, her prospects on both counts seem dim. That's why the summons to attend a family reunion at the old ancestral home is about as welcome as a snakebite. How can she show up with her embarrassingly full figure in her humble unmarried state and keep her chins up? Enter Bentley T. Haskell of Eligibility Escorts, a devastatingly attractive writer of smutty novels who also cooks like a dream. With Bentley posing as her besotted beau, Ellie feels brave enough to beard her batty relations in their den. . . .

But mouldering Merlin's Court is nothing like Ellie remembers, and with her wretchedly beautiful cousin Vanessa making eyes at Ben, and her malevolent old uncle Merlin popping up in the most unexpected places, it's enough to put Ellie off her food. And the best--and worst--is yet to come, as the weekend leads to sudden death, unexpected romance, and a treasure hunt that promises epicurean Ellie wealth, hearth, and happiness . . . if she survives.

Praise for The Thin Woman

Dorothy Cannell was born in Nottingham, England, and now lives in Belfast, Maine. She writes mysteries featuring interior decorator Ellie Haskell, writer and chef Bentley Haskell, and Hyacinth and Primrose Tramwell, a pair of dotty sisters and owners of the Flowers Detection Agency.

GOR002631166
Thin Woman by Dorothy Cannell
Dorothy Cannell
Used - Very Good
Paperback
Unknown
0
0553291955
9780553291957
N/A
Book picture is for illustrative purposes only, actual binding, cover or edition may vary.
This is a used book - there is no escaping the fact it has been read by someone else and it will show signs of wear and previous use. Overall we expect it to be in very good condition, but if you are not entirely satisfied please get in touch with us.