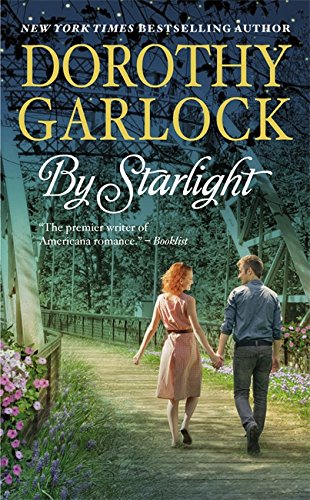 By Starlight
by Dorothy Garlock

Out of Stock
$26.99
inc. GST
The new novel from the Voice of America's Heartland.
Very Good
Only 0 left

By Starlight by Dorothy Garlock

In early 1930s Montana, in the small town of Colton, Maddy Aldridge struggles to make ends meet in the difficult times of the Great Depression. With her mother long dead, her stubborn younger sister fighting her at every turn, and her father's arthritis deteriorating so badly that she has to run the family store alone, her desperation grows by the day. Enter Jeffers Grimm with a proposition too great for her to turn down: open an illegal speakeasy in the mercantile's basement, defy Prohibition, and make enough money to make her worries disappear. Unbeknownst to Maddy, Jeffers has made a deal with the mob to bring huge quantities of alcohol across the Canadian border and store it in the mercantile. He wants to get rich, regardless of who stands in his way.

Jack Rucker is an agent for the Bureau of Prohibition, the federal police force created for the difficult task of enforcing the new law. Good at his job, Jack works undercover, infiltrating taverns all over the country, finding out where the booze flows from and putting people behind bars. Years earlier, he'd been a boy living in Colton, loving a young Maddy Aldridge. Now, after hearing rumors of an operation, the Bureau wants him to go back and hide in plain sight. With a pain-in-the-rump partner breathing down his neck, what will Jack do when he finds out what Maddy is up to? Because of how he left, can he and Maddy rekindle the love they once knew? If Jeffers discovers Jack is a federal agent, to what ends will he go to silence him forever?

"Every Dorothy Garlock book is synonymous with a great read." Janet Dailey"
"There is nothing better than Dorothy Garlock at her best." Sandra Brown, New York Times bestselling author"

Dorothy Garlock is the author of over 50 novels that have sold over 15 million copies and are published in 15 languages. She lives in Iowa.

GOR010389229
By Starlight by Dorothy Garlock
Dorothy Garlock
Used - Very Good
Paperback
Little, Brown & Company
2012-08-10
384
0446540110
9780446540117
N/A
Book picture is for illustrative purposes only, actual binding, cover or edition may vary.
This is a used book - there is no escaping the fact it has been read by someone else and it will show signs of wear and previous use. Overall we expect it to be in very good condition, but if you are not entirely satisfied please get in touch with us.