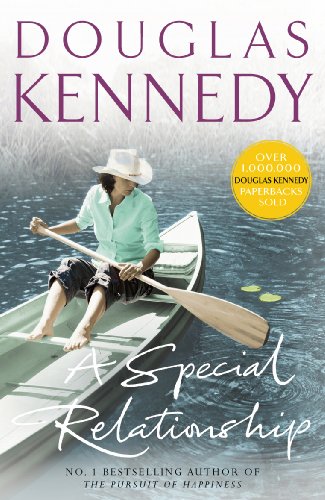 A Special Relationship
by Douglas Kennedy

In Stock
$15.49
inc. GST
Sally Goodchild is everything you'd expect of a thirty-seven year old American journalist - independent, strong-willed and ambitious. After the birth of their son, Sally finds herself trapped in a downward spiral of post-natal depression over which she has little control, whilst Tony's life returns to relative normality.
Very Good
9 in stock

A Special Relationship by Douglas Kennedy

Sally Goodchild is everything you'd expect of a thirty-seven year old American journalist - independent, strong-willed and ambitious. That is until she meets Tony Hobbs, an English foreign correspondent, on assignment in Cairo. After a passionate but uneasy romance, Sally's life is turned upside down when she unexpectedly finds herself married, pregnant and living in London. Married life in a foreign place is a far bigger adjustment than Sally and Tony could ever have imagined - and as their lives shift from freedom and adventure to responsibility and hard work, everyday problems soon spiral into nightmares. After the birth of their son, Sally finds herself trapped in a downward spiral of post-natal depression over which she has little control, whilst Tony's life returns to relative normality. Filled with resentment and unable to cope with the cards life has dealt her, Sally is shocked when the man she trusted above all others turns against her. As her world begins to fall down around her, Sally quickly realises she must fight before she loses everything. In this authentic and compelling novel, Kennedy explores the misunderstandings that can occur when two people speak the same language but miss all the vital signs.

"As it gathered pace... I found my heart beating faster. I cannot remember a more compulsive book... I am bowled over by the art of the novelist" * Daily Telegraph *
"Kennedy knows how to keep the pages turning...A pacy, absorbing and intelligent story" * Elizabeth Buchan, The Times *
"Excellent ... The pace is thriller-like, so cancel all engagements for the duration" * Good Housekeeping *
"Writing in the first person as a woman, [Kennedy] pulls off a bold imaginative transformation that I find enthralling and persuasive" * Jonathan Raban *
"His impressive achievement is... his narrator Sally, whose turbulent emotions he conveys with an unusual depth of understanding" * Times Literary Supplement *

Douglas Kennedy's previous twelve novels include the critically acclaimed bestsellers The Big Picture, The Pursuit of Happiness, A Special Relationship and The Moment. He is also the author of three highly-praised travel books. The Big Picture was filmed with Romain Duris and Catherine Deneuve; The Woman in the Fifth with Ethan Hawke and Kristin Scott Thomas. His work has been translated into twenty-two languages. In 2007 he was awarded the French decoration of Chevalier de l'Ordre des Arts et des Lettres, and in 2009 the inaugural Grand Prix de Figaro. Born in Manhattan in 1955, he has two children and currently divides his time between London, Paris, Berlin, Maine and New York.

GOR000289872
A Special Relationship by Douglas Kennedy
Douglas Kennedy
Used - Very Good
Paperback
Cornerstone
2004-05-31
512
0099415380
9780099415381
N/A
Book picture is for illustrative purposes only, actual binding, cover or edition may vary.
This is a used book - there is no escaping the fact it has been read by someone else and it will show signs of wear and previous use. Overall we expect it to be in very good condition, but if you are not entirely satisfied please get in touch with us.