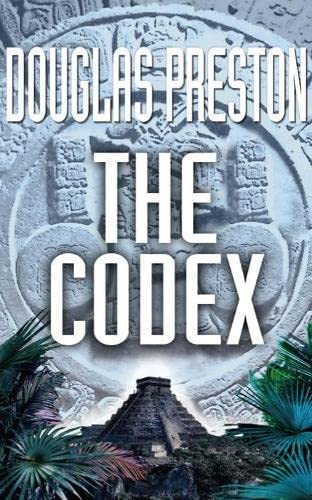 The Codex
by Douglas Preston

In Stock
$14.99
inc. GST
The stunning new masterwork from the acclaimed bestselling author recently hailed by Publishers Weekly as 'better than Crichton'
Very Good
Only 2 left

The Codex by Douglas Preston

`Greetings from the dead,' declares Maxwell Broadbent in the videotape he left behind after his mysterious disappearance. A notorious treasure hunter and tomb robber, Broadbent accumulated over half and a billion dollars' worth of priceless art, gems, and artefacts before vanishing - along with his entire collection - from his mansion in New Mexico.

At first, robbery is suspected, but the truth proves far stranger: As a final challenge to his three sons, Broadbent has buried himself and his treasure somewhere in the world, hidden away like an ancient Egyptian pharaoh. If the sons wish to claim their fabulous inheritance, they must find their father's carefully concealed tomb.

The race is on, but the three brothers are not the only ones competing for the treasure. With half a billion dollars at stake, as well as an ancient Mayan codex that may hold cure for cancer and other deadly diseases, others soon join the hunt and some of them will stop at nothing to claim the grave goods.

Douglas Preston, a regular contributor to The New Yorker, has worked for the American Museum of Natural History and taught English at Princeton University. With his frequent collaborator Lincoln Child he has authored many bestselling thrillers such as Relic, which became a major Hollywood motion picture.

GOR000383695
The Codex by Douglas Preston
Douglas Preston
Used - Very Good
Paperback
Pan Macmillan
2006-11-03
416
0330448633
9780330448635
N/A
Book picture is for illustrative purposes only, actual binding, cover or edition may vary.
This is a used book - there is no escaping the fact it has been read by someone else and it will show signs of wear and previous use. Overall we expect it to be in very good condition, but if you are not entirely satisfied please get in touch with us.