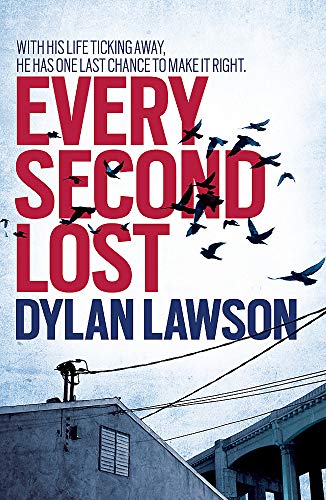 Every Second Lost
by Dylan Lawson

Out of Stock
$15.99
inc. GST
A compelling, remarkable thriller in the vein of Harlan Coben and Linwood Barclay.
Very Good
Only 0 left

Every Second Lost by Dylan Lawson

Gripping and mesmerising from the first to last page, Every Second Lost is a thriller to challenge the best from master storytellers Linwood Barclay and Harlan Coben.

Elias Hawks' world changed for ever when, as a teenager, he crashed his car and woke, six weeks later, to find he had lost the girl of his dreams and very nearly his life.

Seventeen years later, all Elias has left is his career as an accident investigator and a ticking time bomb in his head from the traumatic brain injury he suffered.

But then the girl reappears out of the blue to tell him that her daughter is missing and Elias finds himself caught up in an increasingly deadly search for answers.

Dylan Lawson is a screenwriter whose credits include Twin Peaks and The X-Files. Dylan lives with his wife and dog in Montana.

GOR005343364
Every Second Lost by Dylan Lawson
Dylan Lawson
Used - Very Good
Paperback
Headline Publishing Group
2013-12-05
384
0755378830
9780755378838
N/A
Book picture is for illustrative purposes only, actual binding, cover or edition may vary.
This is a used book - there is no escaping the fact it has been read by someone else and it will show signs of wear and previous use. Overall we expect it to be in very good condition, but if you are not entirely satisfied please get in touch with us.