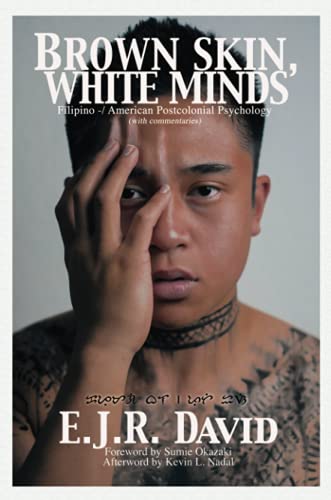 Filipino Americans have a long and rich history with and within the United States, and they are currently the second largest Asian group in the country. However, very little is known about how their historical and contemporary relationship with America may shape their psychological experiences. The most insidious psychological consequence of their historical and contemporary experiences is colonial mentality or internalised oppression. Some common manifestations of this phenomenon are described below:The historical and contemporary reasons for why Filipino -/ Americans display these attitudes, beliefs, and behaviours - often referred to as colonial mentality - are explored in Brown Skin, White Minds. This book is a peer-reviewed publication that integrates knowledge from multiple scholarly and scientific disciplines to identify the past and current catalysts for such self-denigrating attitudes and behaviours. It takes the reader from indigenous Tao culture, Spanish and American colonialism, colonial mentality or internalized oppression along with its implications on Kapwa, identity, and mental health, to decolonization in the clinical, community, and research settings.

This book is intended for the entire community - teachers, researchers, students, and service providers interested in or who are working with Filipinos and Filipino Americans, or those who are interested in the psychological consequences of colonialism and oppression. This book may serve as a tool for remembering the past and as a tool for awakening to address the present.
E. J. R. David, University of Alaska Anchorage, USA.
GOR011136358
9781623962074
1623962072
Brown Skin, White Minds: Filipino / American Postcolonial Psychology by E. J. R. David
E. J. R. David
Used - Like New
Paperback
Information Age Publishing
2013-03-30
360
N/A
Book picture is for illustrative purposes only, actual binding, cover or edition may vary.
The book has been read, but looks new. The book cover has no visible wear, and the dust jacket is included if applicable. No missing or damaged pages, no tears, possible very minimal creasing, no underlining or highlighting of text, and no writing in the margins
Trustpilot