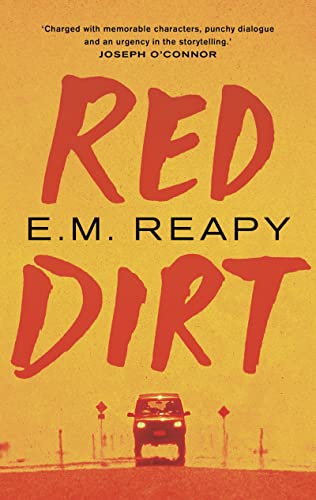 Three young Irish people arrive in Australia, running from the economic ruins of their home country and their own unhappy lives. A spiral of self-destructive behaviour forces each of them to face up to the reality of their lives.

A group of young Irish migrants leave a man called Hopper for dead on an outback road in Australia. They barely know him; no-one will miss him in their world of hostels, wild nights on cheap wine and grinding work on isolated farms.

In this powerful novel about the discovery of responsibility, three young people - Fiona, Murph and Hopper - flee the collapse of their country's economy. In the heat and endless spaces of Australia they try to escape their past, but impulsive cruelty, shame and guilt drag them down, and it is easy to make terrible choices.

'A remarkably accomplished and vivid debut novel' Joseph O'Connor.
'Reapy has a dazzling ear for dialogue ... This book does for young Irish expats in Australia what Alex Garland's The Beach did for backpackers in Thailand and Dermot Healy's Sudden Times did for a different generation of Irish labourers in London. It's a confident and distinctive debut, and one would have to be dead to the thrill of fiction not to be hugely excited about what its author will do next' Irish Independent.
'With forceful dialogue and pages of drama, Red Dirt is a compelling read perfect for the long hot summer days' Butterfly Books.
'Takes the modern Irish immigrant experience and turns it into a thought-provoking, vibrant novel ... highly impressive writing from a first-time novelist, a story that moves from humour to poignancy with ease' Irish Times.
'The author is certainly one to watch ... A fantastic debut and certainly bodes well for her future novels. Red Dirt is raw. It is brutally honest. And it is, at times, appropriately elegiac' Darcie Boleyn.
'Astoundingly accomplished ... thought-provoking and addictive' Irish Examiner.
'This book delves into the depths of humanity' (4/5 stars) Rosie Amber.
'An utterly compelling, readable novel that hooks from the first page and immerses us in an all-too topical nightmare' Linda's Book Bag.
'Fast-paced and riveting ... Reapy's ability to create narrative tension is outstanding ... Reapy speaks to this 'lost generation' of young Irish economic migrants and represents a new and exciting voice in "post boom" Irish literature' Writerful Books.
'The gap-year generation of young Irish men and women who went to Australia has found its laureate. Great voice and narrative energy keep the pages turning and a genuinely intriguing story hooks the reader from the start, drawing you along' Mike McCormack, Irish Independent.
'As accomplished a debut as you'll find' Sunday Independent.
'The story Reapy tells is dark ... but there is also hope, and humanity, but they are not easily maintained during a story told with savage honesty ... At times, Reapy's shocking prose calls to mind Henry Miller or Louis Ferdinand Celine' Galway Advertiser.
'I loved Red Dirt ... Her tale of drink and drugs and fatal mischance is driven along by crackling energy and a brilliant ear for dialogue. The pages keep turning and it is only when the book is completed that the reader gets to sit back and marvel at how skilfully the author has told her tale. A terrific debut' Sunday Independent.
'E.M. Reapy's debut novel blew me away. What a magnificent writer she is' Joseph O'Connor, Irish Times.
'Tense and edgy' Sunday Herald.

E.M. Reapy has an MA in Creative Writing from Queen's University, Belfast. She was listed for the PEN International: New Voices Award and was featured in THE LONG GAZE BACK: AN ANTHOLOGY OF IRISH WOMEN WRITERS.