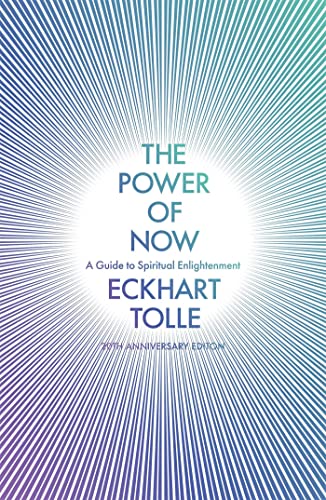 The Power of Now
by Eckhart Tolle

In Stock
$16.49
inc. GST
The international bestselling phenomenon that has inspired a generation
Well Read
Only 1 left

The Power of Now Summary

The Power of Now: (20th Anniversary Edition) by Eckhart Tolle

The international bestselling spiritual book, now with a new look for its 20th anniversary. Eckhart Tolle demonstrates how to live a healthier, happier, mindful life by living in the present moment.

'I keep Eckhart's book at my bedside. I think it's essential spiritual teaching. It's one of the most valuable books I've ever read.' Oprah Winfrey

To make the journey into The Power of Now we will need to leave our analytical mind and its false created self, the ego, behind. Although the journey is challenging, Eckhart Tolle offers simple language and a question and answer format to show us how to silence our thoughts and create a liberated life.

Surrender to the present moment, where problems do not exist. It is here we find our joy, are able to embrace our true selves and discover that we are already complete and perfect. If we are able to be fully present and take each step in the Now we will be opening ourselves to the transforming experience of The Power of Now.

The Power of Now Reviews

The POWER OF NOW can transform your thinking. The result? More joy, right now. -- Oprah Winfrey
The POWER OF NOW is the bible du jour - a must-read for anyone looking for a modern take on spirituality ... Essential reading for anyone who might be feeling weighed down by the past or fearful of the future. * Red magazine *
Pointing to the portals of the eternal Present, this practical mystic's modern gospel offers transcendent truths that set us free. -- Dan Millman
One of the clearest and most accessible texts on becoming more present than we have seen. * Kindred Spirit *

Eckhart Tolle was born in Germany and educated at the Universities of London and Cambridge. At the age of twenty-nine a profound inner transformation radically changed the course of his life. The next few years were devoted to understanding, integrating and deepening that transformation, which marked the beginning of an intense inward journey. Later, he began to work in London with individuals and small groups as a counselor and spiritual teacher. Since 1995 he has lived in Vancouver, Canada.

Eckhart Tolle is the author of the #1 New York Times bestseller The Power of Now (translated into 33 languages) which is widely regarded as one of the most influential spiritual books of our time.
Eckhart's profound yet simple teachings have already helped countless people throughout the world find inner peace and greater fulfillment in their lives. At the core of the teachings lies the transformation of consciousness, a spiritual awakening that he sees as the next step in human evolution. An essential aspect of this awakening consists in transcending our ego-based state of consciousness. This is a prerequisite not only for personal happiness but also for the ending of violent conflict endemic on our planet.

Eckhart is a sought-after public speaker and teaches and travels extensively throughout the world. Most of the teachings are given in English, but occasionally Eckhart also gives talks in German and Spanish. In addition to The Power of Now, Eckhart has written a book designed for meditative reading entitled Stillness Speaks. A book consisting of selections from The Power of Now is also available, entitled Practicing the Power of Now.

GOR001271989
The Power of Now: (20th Anniversary Edition) by Eckhart Tolle
Eckhart Tolle
The Power of Now
Used - Well Read
Paperback
Hodder & Stoughton
2001-02-01
224
0340733500
9780340733509
N/A
Book picture is for illustrative purposes only, actual binding, cover or edition may vary.
This is a used book. We do our best to provide good quality books for you to read, but there is no escaping the fact that it has been owned and read by someone else previously. Therefore it will show signs of wear and may be an ex library book.