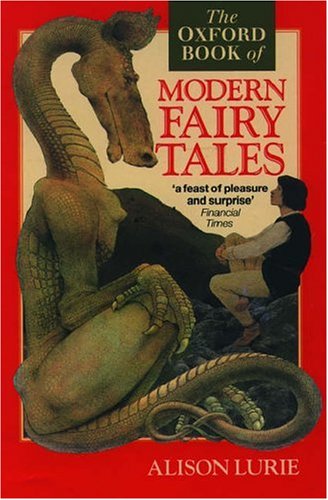 In Stock
$11.49
+10% GST
An anthology of literary fairy tales by British and American writers from the 1830s to the present day. The authors address an adult audience even though some of the tales were originally for children. They range from funny and charming to rather disturbing ("The New Mother", Lucy Lane Clifford).
Good
Only 2 left

Most readers associate fairy tales with the work of Charles Perrault and the Grimm brothers, collectors of those traditional and much-loved folk tales retold to each new generation of children. The literary fairy tale, which drew upon this oral tradition but was deliberately composed and written down, developed in the 19th century and has evolved to include some of the best and most original writers of the present day. In "The Oxford Book of Modern Fairy Tales" Alison Lurie has brought together 41 stories by British and American authors representing the full range of a continually developing genre. This collection has plenty of magic encounters, dragons, witches, and forlorn princesses. Early writers such as Catherine Sinclair, Juliana Horatia Ewing, and Howard Pyle used these conventions to point a moral lesson; later these same elements are subverted to extraordinary effect in tales such as Richard Kennedy's "The Porcelain Man" or Jeanne Desy's "The Princess Who Stood on Her Own Two Feet". The characteristic style and world view, the romantic spirituality or satiric humour of the individual writers colour and shape their tales. From Ruskin, MacDonald, and Dickens through Wilde, Housman and Nesbit the foundations are laid for the explosion of original stories in the 20th century, by writers and diverse as Bernard Malamud, Donald Barthelme, Angela Carter, Ursula Le Guin, and Louise Erdrich.

About Edited by Alison Lurie

About the Author
Alison Lurie is a Professor of English at Cornell University and is a Pulitzer Prize-winning novelist.

GOR001660846
The Oxford Book of Modern Fairy Tales by Edited by Alison Lurie
Edited by Alison Lurie
Oxford Books of Prose S.
Used - Good
Paperback
Oxford University Press
1994-08-18
474
019282385X
9780192823854
N/A
Book picture is for illustrative purposes only, actual binding, cover or edition may vary.
This is a used book - there is no escaping the fact it has been read by someone else and it will show signs of wear and previous use. Overall we expect it to be in very good condition, but if you are not entirely satisfied please get in touch with us.