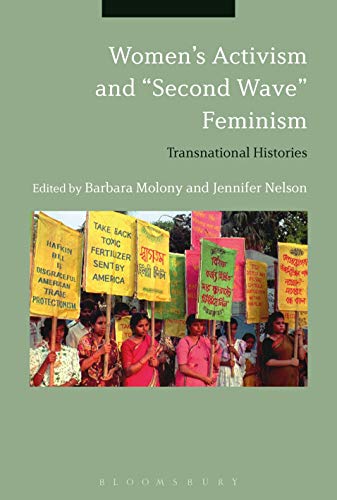 This book is open access and available on www.bloomsburycollections.com. It is funded by Knowledge Unlatched. Women's Activism and "Second Wave" Feminism situates late 20th-century feminisms within a global framework of women's activism. Its chapters, written by leading international scholars, demonstrate how issues of heterogeneity, transnationalism, and intersectionality have transformed understandings of historical feminism. It is no longer possible to imagine that feminism has ever fostered an unproblematic sisterhood among women blind to race, ethnicity, class, sexuality, nationality and citizenship status. The chapters in this collection modify the "wave" metaphor in some cases and in others re-periodize it. By studying individual movements, they collectively address several themes that advance our understandings of the history of feminism, such as the rejection of "hegemonic" feminism by marginalized feminist groups, transnational linkages among women's organizations, transnational flows of ideas and transnational migration. By analyzing practical activism, the chapters in this volume produce new ways of theorizing feminism and new historical perspectives about the activist locations from which feminist politics emerged. Including histories of feminisms in the United States, Canada, South Africa, India, France, Russia, Japan, Korea, Poland and Chile, Women's Activism and "Second Wave" Feminism provides a truly global re-appraisal of women's movements in the late 20th century.

This volume succeeds admirably in rethinking the chronological and geographical scope, and the political textures, of "second wave" feminism around the world. Essays ranging from black college students in the YWCA redefining sexuality, to Soviet-era dissidents producing underground art and journals, to First Nation activists demanding sovereignty reveal early manifestations of what scholars later termed transnationalism and intersectionality. Each study is carefully grounded in time and place while contributing to a broad picture of global grass-roots activism. * Estelle B. Freedman, Stanford University, USA *
This collection completely transforms our understanding of feminism by providing new frames through which to view its evolution as a global phenomenon. The book shows feminism's complex interactions with other major social trends and includes vibrant debate about the challenges posed by intersectional and transnational feminisms. Women's Activism and "Second Wave" Feminism brings together leading researchers in the field and is a vital resource for every reader seeking fresh perspectives on this significant force for social change in our times. * Louise Edwards, University of New South Wales, Australia *
This innovative collection of essays will be of great value to scholars, teachers and students of History and Women's Studies. Taken together, the case studies suggest the value of widening our definition of the temporal and spatial scope of 'second wave' feminism, the importance of bringing together intersectional and transnational frames of analysis, and the value of starting from the local in studying the global history of women's activism. * Clare Midgley, Sheffield Hallam University, UK *
Molony and Nelson have compiled a wide-ranging set of essays that offer fresh approaches to the study of transnational feminism and women's activism in the twentieth century. This volume covers a broad terrain, from Puerto Rican women's campaigns to ensure children's access to nutritious food in New York City schools to self-employed women's labor organizing in India. The essays in this book reveal the complexity and vitality of transnational feminism and also prompt readers to interrogate familiar categories of analysis in women's history. * Barbara Krauthamer, University of Massachusetts, USA *

Barbara Molony is Professor of History at Santa Clara University, USA. She is co-author of Gender in Modern East Asia (2016) and co-editor of Asia's New Mothers: Crafting Gender Roles and Childcare Networks in East and Southeast Asian Societies (2008) and Gendering Modern Japanese History (2005). Jennifer Nelson is Professor of Women, Gender, and Sexuality Studies at the University of Redlands, USA. She is the author of More than Medicine: A History of the Feminist Women's Health Movement (2015) and Women of Color and the Reproductive Rights Movement (2003).

GOR010236503
Women's Activism and "Second Wave" Feminism: Transnational Histories by Edited by Barbara Molony (Santa Clara University, USA)
Edited by Barbara Molony (Santa Clara University, USA)
Used - Very Good
Paperback
Bloomsbury Publishing PLC
2019-09-19
344
1350127701
9781350127708
N/A
Book picture is for illustrative purposes only, actual binding, cover or edition may vary.
This is a used book - there is no escaping the fact it has been read by someone else and it will show signs of wear and previous use. Overall we expect it to be in very good condition, but if you are not entirely satisfied please get in touch with us.