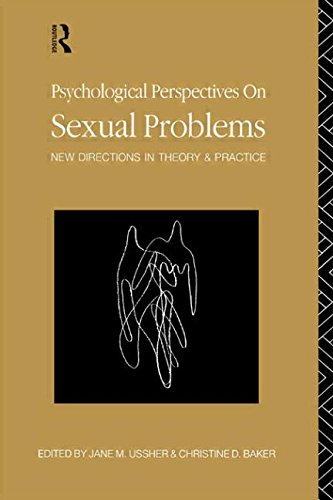 In Stock
$14.99
+10% GST
In this radical integration of theory and practice, Ussher and Baker critically examine the debates surrounding theories of sexuality, and link them to current clinical practice.
Very Good Good
Only 2 left

Sexuality can be seen as a `problem' by many people being faced with media images and popular ideas of `normal' sexuality. Yet, despite critiques of sexology from authorities in psychoanalysis and feminism, sexuality is felt to be a problem for which help is sought.
In Psychological Perspectives on Sexual Problems the authors critically examine theories of sexuality, but also link them with current clinical practice. Far from just addressing the sexuality of heterosexual, able-bodied individuals they also widen the horizons of psychology to look at positive, empowering practices with groups whose sexuality has often been marginalised, such as those with learning difficulties, gay men with AIDS and women with eating disorders.
This book radically integrates theory and practice and will be invaluable for its positive and enabling perspectives on all sexualities.

"In this unique, multifarious book, Usher and Baker aim to unite two traditionally contradictory perspectives on sexuality: a theoretical position that criticizes the entire definition of sexual dysfunction and the oppressive role in which it places men and women; and a clinical viewpoint that focuses on the treatment of sexual dysfunction in clinical practice...informative and thorough."
-"Contemporary Psychology

GOR001986508
Psychological Perspectives on Sexual Problems: New Directions in Theory and Practice by Edited by Jane M. Ussher
Edited by Jane M. Ussher
Used - Very Good
Paperback
Taylor & Francis Ltd
1993-01-07
288
0415055091
9780415055093
N/A
Book picture is for illustrative purposes only, actual binding, cover or edition may vary.
This is a used book - there is no escaping the fact it has been read by someone else and it will show signs of wear and previous use. Overall we expect it to be in very good condition, but if you are not entirely satisfied please get in touch with us.