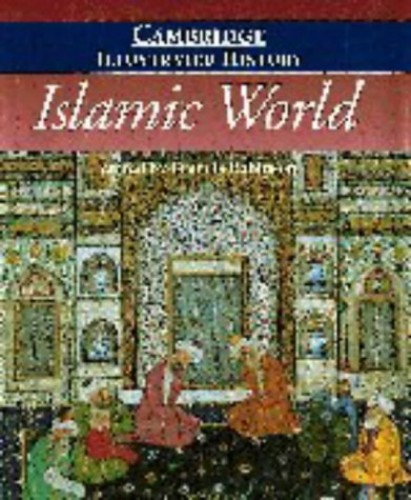 The Cambridge Illustrated History of the Islamic World
by Edited by Francis Robinson (Royal Holloway, University of London)

Out of Stock
$22.49
inc. GST
With the help of sumptuous illustration, insight, and expertise, this book reveals the complex, rich, and sometimes contrary nature of Islam. As well as addressing the current issues of religious and political fundamentalism, it looks at commerce, culture, demographics, and relations between Islam and the West.
Very Good
Only 0 left

The Cambridge Illustrated History of the Islamic World Summary

The Cambridge Illustrated History of the Islamic World by Edited by Francis Robinson (Royal Holloway, University of London)

Islamic peoples account for one-fifth of the world's population and yet there is widespread misunderstanding in the West about Islam. Francis Robinson and his team set out to address this, revealing with the help of sumptuous illustration, insight, and expertise, the complex and sometimes contrary nature of Muslim culture. As well as taking on the issues uppermost in everyone's minds, such as the role of religious and political fundamentalism, they demonstrate the importance of commerce, literacy and learning, Islamic art, the effects of immigration, exodus, and conquest, and the roots of current crises in the Middle East, Bosnia, and the Gulf. Throughout, emphasis is placed on the interaction between Islam and the West, from the first Latin translations of the Quran to the fatwa on Salman Rushdie, to dismantle our impression of Islam as a monolithic culture.

The Cambridge Illustrated History of the Islamic World Reviews

'This sumptuously illustrated volume, whose writers include well-known specialists such as Patricia Crone and Robert Irwin, has much to recommend it: a high level of text; copious, well-reproduced illustrations that are generally enhanced by clear and informative explanations and commentaries; and a splendid and comprehensive bibliography ... together with a useful glossary and list of rulers.' Asian Affairs
'Quality photographs and reproductions of works of art on nearly every page make the volume extremely attractive and render the reading enjoyable ... This book answers the requirements of the uninitiated general public, as well as of students of Islamic and Asian civilisation.' Jerusalem Studies in Arabic and Islam
' ... reliable sources of information, and beautifully produced.' International Journal for the Study of the Christian Church
"It is a challenging task to describe the contributions of one billion Muslims who inhabit the Middle East and much of Sub-Saharan Africa, Central Asia, South and Southeast Asia. However, the editor and the contributors of The Islamic World managed to put it all in perspective with accurate information, selective emphasis, and well-chosen photographs distributed fairly and with good taste throughout the book. The subject progession, the easy style of writing, and the black-and-white and color illustrations make the book easy to read, particularly for college students and the general reader." Digest of Middle East Studies
"This book helps to dispel myth and hearsay with solid information about one of the world's most maligned religions. Accessible, interesting, and thorough, this volume serves students who want to be more informed about a religion that is so often in the news." Rebecca Woodcock, University of Exeter
"This richly illustrated volume is one of the first of this growing number of works to make the world of Islam accessible to a wide range of readers while keeping to high standards of scholarship. Written to make the world of Islam readily accessible to the student and general reader, this volume fulfills its aims and makes a generous contribution to the field." International Journal of Middle East Studies

GOR001846369
The Cambridge Illustrated History of the Islamic World by Edited by Francis Robinson (Royal Holloway, University of London)
Edited by Francis Robinson (Royal Holloway, University of London)
Cambridge Illustrated Histories
Used - Very Good
Hardback
Cambridge University Press
1996-06-13
352
0521435102
9780521435109
N/A
Book picture is for illustrative purposes only, actual binding, cover or edition may vary.
This is a used book - there is no escaping the fact it has been read by someone else and it will show signs of wear and previous use. Overall we expect it to be in very good condition, but if you are not entirely satisfied please get in touch with us.