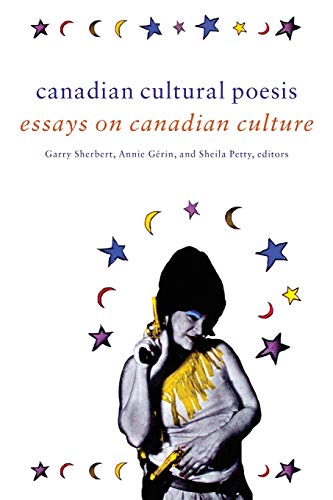 Out of Stock
$73.99
inc. GST
Takes a comprehensive approach towards Canadian culture. Providing an introduction to debates in Canadian culture, this book is of interest not only to readers looking for an overview of Canadian culture, but also to those interested in cultural studies and interdisciplinarity, as well as scholars in film, art, literature, sociology, and more.
Very Good
Only 0 left

How do we make culture and how does culture make us? Canadian Cultural Poesis takes a comprehensive approach toward Canadian culture from a variety of provocative perspectives. Centred on the notion of culture as social identity, it offers original essays on cultural issues of urgent concern to Canadians: gender, technology, cultural ethnicity, and regionalism. From a broad range of disciplines, contributors consider these issues in the contexts of media, individual and national identity, language, and cultural dissent. Providing an excellent introduction to current debates in Canadian culture, Canadian Cultural Poesis will appeal not only to readers looking for an overview of Canadian culture but also to those interested in cultural studies and interdisciplinarity, as well as scholars in film, art, literature, sociology, communication, and womens studies. This book offers new insights into how we make and are made by Canadian culture, each essay contributing to this poetics, inventing new ways to welcome cultural differences of all kinds fo the Canadian cultural community.

``The introduction, `A Poetics of Canadian Culture,' by co-editor Garry Sherbert, is an excellent and trenchant discussion of `culture' and as such it tackles the vexed issue of its definition and the tricky question of both its specificity and its uncertainty.'' -- Berkeley Kaite -- Canadian Literature, Number 195, Winter 2007, 200805
``In taking as their object of study the relations between specific cultural practices or discourses, everyday life and larger structures of power, the essays in this collection together reveal...the basis of the best sort of cultural studies being practiced in this country.... [An] important antholog[y].'' -- Peter Dickinson -- Topia, Volume 18, 200802
``Expertly edited...Canadian Cultural Poesis is an outstanding...compendium offering in-depth and subject-specific analysis of Canadian art, film, literature, sociology, technology, regionalism, communication, women's studies, and more...A welcome addition to academic library reference collections, Canadian Cultural Poesis is very highly recommended.'' -- James A. Cox, Wisconsin Bookwatch -- 200606

About Edited by Gary Sherbert

Garry Sherbert is an associate professor in the Department of English at the University of Regina. He is co-editor of two volumes forthcoming in the The Collected Works of Northrop Frye: Shakespeare and the Renaissance . Annie GA (c)rin is a curator and assistant professor of art history and art theory in the Department of Visual Arts at the University of Ottawa. She has published articles on public art in journals such as Espace , BlackFlash , and Fuse . Sheila Petty is dean of the Faculty of Fine Arts and a professor of media studies at the University of Regina. She has written extensively on issues of cultural representation, identity, and nation in African and African diasporic cinema, television and new technologies.

GOR010231952
Canadian Cultural Poesis: Essays on Canadian Culture by Edited by Gary Sherbert
Edited by Gary Sherbert
Used - Very Good
Paperback
Wilfrid Laurier University Press
2005-11-01
540
0889204861
9780889204867
N/A
Book picture is for illustrative purposes only, actual binding, cover or edition may vary.
This is a used book - there is no escaping the fact it has been read by someone else and it will show signs of wear and previous use. Overall we expect it to be in very good condition, but if you are not entirely satisfied please get in touch with us.