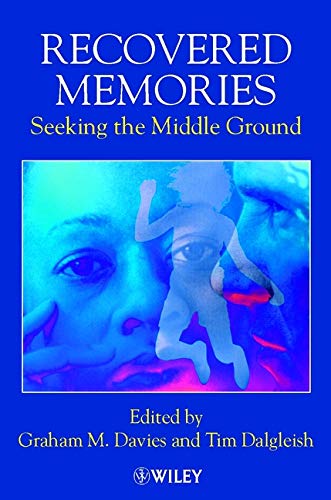 In Stock
$16.99
+10% GST
The phenomenon of recovered memories has excited much controversy in recent years amongst professionals with extreme positions being held: either all such memories are, by definition false, or any such claim is an attempt to deny the victims of abuse their rights to confront their abusers.
Very Good
Only 2 left

The phenomenon of recovered memories has excited much controversy in recent years amongst professionals with extreme positions being held: either all such memories are, by definition false, or any such claim is an attempt to deny the victims of abuse their rights to confront their abusers. In this refreshing new approach to the problem Graham Davies and Tim Dalgleish have assembled leading figures from both sides of the debate to provide a balanced overview of empirical evidence as well as evidence from clinical practice. Recovered Memories: Seeking the middle ground, unlike most other writing on the topic, eschews extreme positions. It provides clinicians with findings from the latest research to enhance their understanding of memory and presents pure researchers with a range of experiences encountered in clinical practice for which they presently have few explanations. Topics include the impact on family and community members, the latest findings on implanted memories and discussion of clinical guidelines for therapeutic practice to avoid potential influence on memory. Having weighed the evidence, a framework is offered in which true and false recovered memories are seen as the inevitable compliment of true and false continuous memories. This important new collection should not be missed by anyone with an interest in memory, whether engaged in a clinical, legal, child protection, family welfare or experimental research capacity. It is the most authoritative and comprehensive review of the evidence on both sides available to date.

"...a fascinating, well researched book that is surprisingly well balanced given the highly emotive topic..." (Mental Health Today, September 2002) "...this book makes a significant contribution to this aim..." (Applied Cognitive Psychology, May 2003) "...I would strongly recommend this book...an engaging and thorough examination of this important subject..." (Journal of Behavioural & Cognitive Psychotherapy, No.1 and 2, 2005) "...I strongly recommend this book...a fascinating read..." (BACP, Dec 2005)

About Edited by Graham M. Davies

Graham Davies is a Professor of Psychology at Leicester University, England, UK. He is a Fellow of the British Psychological Society and a Chartered Forensic Psychologist. His major research interests lie in the eyewitness testimony of children and adults, on which he has published some 100 papers and five books. Graham is regularly asked to provide training and advice to professionals working with child witnesses. He is currently chairing the consortium working with the British Government's Home Office to revise the Memorandum of Good Practice on Video Recorded Interviews with Child Witnesses for Criminal Proceedings (1992). His recent research has included evaluations for the Home Office of the Live Link (1991), videotape facilities for child witnesses (1195), and training procedures for police officers involved in investigative interviewing of children (1997). Graham is the immediate past Chair of the Society of Applied Research in Memory and Cognition (SARMAC), and President-elect of the European Association of Psychology of Law.

Tim Dalgleish is the editor of Recovered Memories: Seeking the Middle Ground, published by Wiley.

GOR001957972
Recovered Memories: Seeking the Middle Ground by Edited by Graham M. Davies
Edited by Graham M. Davies
Used - Very Good
Paperback
John Wiley and Sons Ltd
2001-10-29
296
0471491322
9780471491323
N/A
Book picture is for illustrative purposes only, actual binding, cover or edition may vary.
This is a used book - there is no escaping the fact it has been read by someone else and it will show signs of wear and previous use. Overall we expect it to be in very good condition, but if you are not entirely satisfied please get in touch with us.