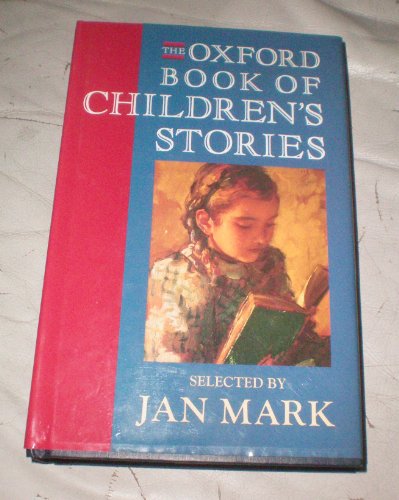 The Oxford Book of Children's Stories
by Edited by Jan Mark

In Stock
$11.99
+10% GST
A collection of some of the notable stories written for children over the last 250 years. With contributions by 44 authors, it aims to cover the full history of children's writing and includes works by such writers as Rudyard Kipling, E. Nesbit and Louisa May Alcott.
Very Good
Only 1 left

The Oxford Book of Children's Stories by Edited by Jan Mark

Children's writer and Carnegie medallist Jan Mark has selected 44 stories which include moral tales, fairy tales, ghost stories, adventure stories, and school stories; they are inhabited by good and bad children, strict parents, and unkindly uncles and aunts, as well as kings and queens, giants, and enchanters. The stories represent some of the best children's literature written over the past 250 years. They traces how the children's short story has evolved since the publication of Sarah Fielding's "The Governess" in 1749. The book contains work such authors as Louisa M. Alcott, Rudyard Kipling, E. Nesbit, Richmal Cromptom, Philippa Pearce, and Joan Aiken, as well as some long-forgotten tales. Chronologically arranged, the anthology also serves as an introduction to the historical development of the children's short story, providing insights into the way perceptions of childhood and contemporary attitudes have influenced writers of different periods. But as Jan Mark's selection demonstrates, the ingredients of a good children's story - as well as the fictional tastes of children themselves - have remained remarkably constant, despite changes in style and outlook. This is a survey of the children's short story for parents, teachers, librarians, children's literature professionals - and of course for children themselves.

About Edited by Jan Mark

About the Editor:
Jan Mark is a distinguished children's writer, specializing in short stories. Since her first novel, Thunder and Lightnings, was published in 1976, she has won a number of awards for her work, including the Library Association Carnegie Medal on two occasions.

GOR003236703
The Oxford Book of Children's Stories by Edited by Jan Mark
Edited by Jan Mark
Used - Very Good
Hardback
Oxford University Press
1993-11-18
469
0192142283
9780192142283
N/A
Book picture is for illustrative purposes only, actual binding, cover or edition may vary.
This is a used book - there is no escaping the fact it has been read by someone else and it will show signs of wear and previous use. Overall we expect it to be in very good condition, but if you are not entirely satisfied please get in touch with us.