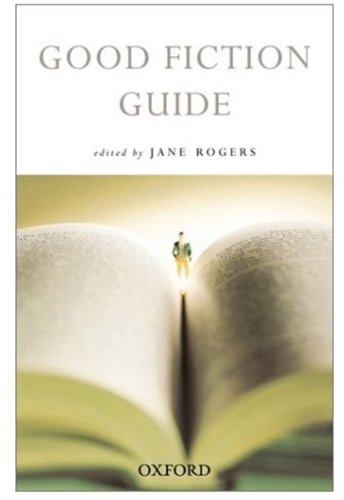 Out of Stock
$17.49
inc. GST
A reference book on English language fiction to inspire and enlighten all readers. With over 1100 authors and 34 essays on different genres, this guide has an emphasis on 20th-century fiction and popular classics, but also includes autobiographical fiction and some fiction in translation.
Very Good
Only 0 left

An accessible reference book on English language fiction to inspire and enlighten all readers of fiction. With over 1100 authors and 34 essays on different genres, this guide has an emphasis on 20th-century fiction and popular classics, but also includes autobiographical fiction and some fiction in translation. The guide is divided into two main sections. The first describes 34 different subjects and genres in fiction, including Crime, Adventure, Romance, Classics, Humour, Science fiction, and Magical realism. It also covers fiction with connections to places such as France, India, Ireland, and the Caribbean. Each entry is a personal essay by an expert in the field and includes their top 12 recommended titles. The second part contains alphabetically arranged entries for over 1100 authors. From Jane Austen to John Grisham, Terry Pratchett to Michael Ondaatje, Barbara Trapido to Irvine Welsh, and Gustave Flaubert to Carlos Fuentes, there are authors to suit everyone's taste. The entries aim to provide a flavour of each writer's work, and give recommendations of which of their books to read.

About Edited by Jane Rogers

Jane Rogers has written six novels and a number of television screenplays, including Dawn and the Candidate and a four-part serialization of Mr Wroe's Virgins. She is a Fellow of the Royal Society of Literature and lives in the U.K.

GOR003286557
Good Fiction Guide by Edited by Jane Rogers
Edited by Jane Rogers
Used - Very Good
Hardback
Oxford University Press
2001-07-01
512
0192100211
9780192100214
N/A
Book picture is for illustrative purposes only, actual binding, cover or edition may vary.
This is a used book - there is no escaping the fact it has been read by someone else and it will show signs of wear and previous use. Overall we expect it to be in very good condition, but if you are not entirely satisfied please get in touch with us.