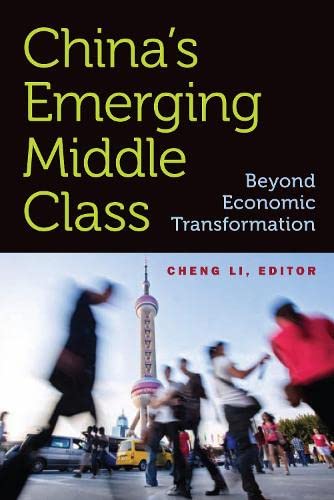 Out of Stock
$46.99
inc. GST
The rapid emergence and explosive growth of China's middle class have enormous consequences for that nation's domestic future, for the global economy, and for the whole world.
Very Good
Only 0 left

"There have been only a few studies to date in English that have tried to analyze the impact of the rise of the middle class in China on China's current system and to assess what kind of changes in that system the middle class might support. This book edited by Cheng Li of the Brookings Institution combines work by Chinese scholars, who have until now mainly written in Chinese, with the work of scholars located outside of China. Much of this work focuses on the most fundamental problem involved in analyzing the role of the middle class, that is, defining just who is a member of this class and who is not... The strength [of this book] lies in the range of disagreement on what constitutes the middle class in China. Not only does one get the views of some of the major writers in the field, there is also an essay by Cheng Li that reviews much of the other literature in the field... Overall this is a useful collection of essays that will provide a basis for getting more of the English-speaking scholarly world involved in these issues in greater depth than has been the case to date." --The Developing Economies Journal "Cheng Li's China's Emerging Middle Class is a wonderfully crafted book, which offers a fascinating cross section of perspectives on the attitudes, form, professional background, and socio-political implications of China's middle income earners." --Jason Lacharite, Assistant Professor, Department of Political Science, University of Northern British Columbia, Journal of Chinese Political Science

About Edited by Li Cheng

Cheng Li is a senior fellow and director of research at the Brookings Institution's John L. Thornton Center. His previous books include China's Leaders: The New Generation (Rowman and Littlefield, 2001) and his edited volume China's Changing Political Landscape: Prospects for Democracy (Brookings, 2008). Li is also a director of the National Committee on U.S.-China Relations, and he is the principal editor of the Thornton Center Chinese Thinkers Series, published by the Brookings Institution Press.

GOR009727651
China's Emerging Middle Class: Beyond Economic Transformation by Edited by Li Cheng
Edited by Li Cheng
Used - Very Good
Paperback
Brookings Institution
2010-08-01
396
0815704054
9780815704058
N/A
Book picture is for illustrative purposes only, actual binding, cover or edition may vary.
This is a used book - there is no escaping the fact it has been read by someone else and it will show signs of wear and previous use. Overall we expect it to be in very good condition, but if you are not entirely satisfied please get in touch with us.