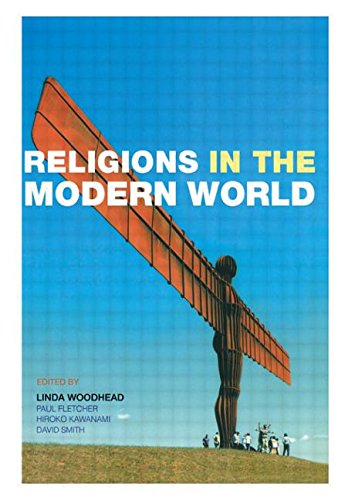 In Stock
$12.99
+10% GST
A comprehensive guide to the latest work in the study of religion. Considers the main religious traditions of Asia and the West, as well as new forms of religion and spirituality such as New Age.
Very Good
Only 3 left

Religions in the Modern World Summary

This comprehensive guide offers an unrivalled introduction to recent work in the study of religion, from the religious traditions of Asia and the West, to new forms of religion and spirituality such as New Age.
With an historical introduction to each religion and detailed analysis of its place in the modern world, Religions in the Modern World is ideal for newcomers to the study of religion. It incorporates case-studies and anecdotes, text extracts, chapter menus and end-of-chapter summaries, glossaries and annotated further reading sections. Topics covered include:
* religion, colonialism and postcolonialism
* religious nationalism
* women and religion
* religion and globalization
* religion and authority
* the rise of new spiritualities.

Religions in the Modern World Reviews

'The book has a number of distinguished writers, and is a splendid achievement ... Warmly recommended.' - Epworth Review

'... a refreshing and innovative approach that stimulates the subject and identifies its relevance to contemporary life and world affairs ... This is an important work that should have a significant effect on debates as to how we go about studying religion and why it is worth studying.' - Journal of Beliefs and Values

'... this book is an excellent addition to the range of volumes available for introducing students to the world's religions. It overcomes many of the now questionable assumptions of existing texts in the area and can profitably be adopted to replace them.' - Journal of Contemporary Religion

'The book has a number of distinguished writers, and is a splendid achievement ... Warmly recommended.' - Martin Forward

The editors, Linda Woodhead, Paul Fletcher, Hiroko Kawanami and David Smith are all members of the Religious Studies Department at Lancaster University, one of the leading international institutions in the study of religion.

GOR002000870
Religions in the Modern World: Traditions and Transformations by Edited by Linda Woodhead, MBE (Lancaster University, UK)
Edited by Linda Woodhead, MBE (Lancaster University, UK)
Used - Very Good
Paperback
Taylor & Francis Ltd
2001-10-25
416
0415217849
9780415217842
N/A
Book picture is for illustrative purposes only, actual binding, cover or edition may vary.
This is a used book - there is no escaping the fact it has been read by someone else and it will show signs of wear and previous use. Overall we expect it to be in very good condition, but if you are not entirely satisfied please get in touch with us.