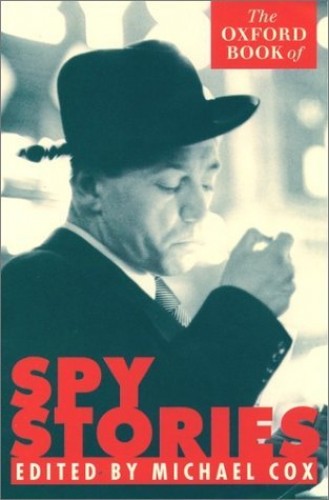 The Oxford Book of Spy Stories
by Edited by Michael Cox

The Oxford Book of Spy Stories by Edited by Michael Cox

The spy is one of the great icons of the twentieth century. Born in an era of imperial decline, the spy in fiction has reflected the shifting currents of national and international politics for a century and more. This anthology offers a panorama of the best spy stories, which have forever fixed the concept of espionage in the popular imagination. In tales of political intrigue, wartime heroism, and peacetime scheming, we see the spy at work and at rest, sometimes the romantic saviour of a nation's secret, more often an embittered loner, wracked with disillusion and uncertainty. The great game becomes a grubby business in which the enemy may, indeed, be one of us. These stories by writers of the calibre of A. E. W. Mason, John Buchan, Frank O'Connor, Ian Fleming, Len Deighton, Michael Gilbert and Graham Greene, range from traditional thrillers with the spy as hero to explorations of the metaphoric potential of espionage and the moral, political and psychological issues that such an activity brings into question. Together with Michael Cox's fascinating introduction, they form a wonderfully entertaining literary insight into a world of intrigue and deception. This book is intended for readers of spy fiction, detective stories, thrillers, anthologies of short stories.

About Edited by Michael Cox

About the Editor:
Michael Cox has compiled a number of highly popular anthologies, including The Oxford Book of English Ghost Stories, Victorian Ghost Stories (both with R. A. Gilbert), and Victorian Detective Stories.

GOR001637617
The Oxford Book of Spy Stories by Edited by Michael Cox
Edited by Michael Cox
Used - Very Good
Hardback
Oxford University Press
1996-02-22
375
0192142429
9780192142429
N/A
Book picture is for illustrative purposes only, actual binding, cover or edition may vary.
This is a used book - there is no escaping the fact it has been read by someone else and it will show signs of wear and previous use. Overall we expect it to be in very good condition, but if you are not entirely satisfied please get in touch with us.