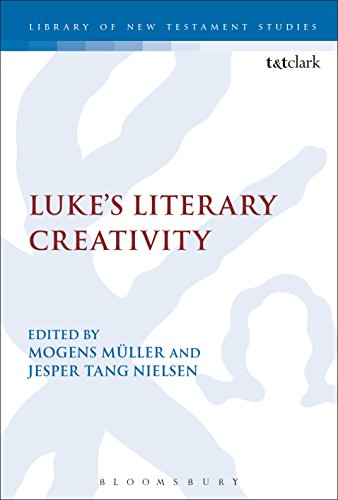 A combination of two classic discussions in New Testament scholarship, the contributions in this volume shed light on the still unsolved synoptic problem by using the well-coined concept of rewriting to describe the relationship between the synoptic gospels. The contributions work with the hypothesis that the synoptic tradition can be conceived of as a process of rewriting: Matthew rewrote Mark and Luke rewrote Mark and Matthew. This approach to the synoptic problem dismantles the grounds for the otherwise widely accepted two-source theory. If it can be shown that Luke knew Matthew's Gospel the Q-hypothesis is superfluous. One group of articles focuses on the general question of Luke's literary relation to the other gospels. In these essays, the concept of rewriting describes Luke's use of his sources. The second part of the collection examines a number of texts in order to shown how Luke rewrites specific passages. In the final section the contributions concern Luke's relation to Roman authorities. It is shown that Luke's literary creativity is not limited to his predecessors in the gospel tradition. Rewriting is his literary strategy.

With this collection of essays, Muller and Nielsen (both, Univ. of Copenhagen) attempt to bring clarity to the origins of St. Luke's Gospel. Students of the synoptic gospels know that this problem of origin has a long and storied history. The premise of the book is that Luke used Mark and Matthew as his sources, a position generally associated with theologian/philosopher Austin Farrer and his seminal essay "On Dispensing with Q" (published in 1955). Farrer's hypothesis was later taken up by Michael Goulder and, more recently, Mark Goodacre. In continuing the course these writers charted, the contributors are potent in arguing that Luke was more than a redactor of earlier materials, he was a creative writer with innovative ideas and new perspectives on traditional materials. The contributors rigorously reject the idea of a hypothetical Q document. For them, the theory that Luke's use of Matthew was creative and innovative is more elegant and parsimonious than conjecturing that Luke used a non-existent source. Those who are unconvinced by the four-document hypothesis will find this treatment of an old topic stimulating and thought provoking. Summing Up: Recommended. Upper-division undergraduates and above. * CHOICE *
The essays are timely, appropriate, well-researched and thought-provoking. Well recommended. * Journal for the Study of the New Testament *

About Edited by Mogens Muller (University of Copenhagen, Denmark)

GOR010084694
Luke's Literary Creativity by Edited by Mogens Muller (University of Copenhagen, Denmark)
Edited by Mogens Muller (University of Copenhagen, Denmark)
International Studies in Christian Origins
Used - Like New
Paperback
Bloomsbury Publishing PLC
2019-02-07
288
0567686590
9780567686596
N/A
Book picture is for illustrative purposes only, actual binding, cover or edition may vary.
This is a used book - there is no escaping the fact it has been read by someone else and it will show signs of wear and previous use. Overall we expect it to be in very good condition, but if you are not entirely satisfied please get in touch with us.