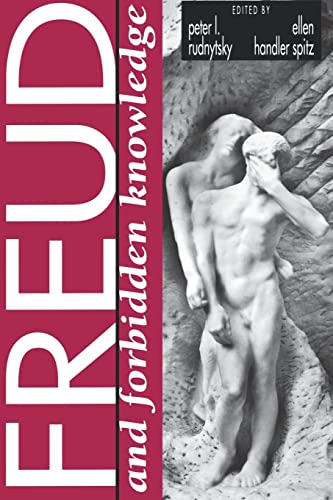 Freud and Forbidden Knowledge
by Edited by Peter L. Rudnytsky

Freud and Forbidden Knowledge by Edited by Peter L. Rudnytsky

Following Freud's lead, Rudnytsky and Spit approach works of art as constituting psychoanalytic knowledge. Divining that in literature we find the deposits of forbidden knowledge, this collection of nine exceptional essays pursues the theme of forbidden knowledge in canonical works of the Western tradition, from the Hebrew Bible to Boccaccio's The Decameron to Shakespeare's Hamlet. These papers pointedly address the canonical status of these works, positing that the canon must be re-visioned in order to recover the history of transgression. Freud and Forbidden Knowledge offers a series of wide-ranging meditations on the tragic dimensions of human experience; cumulatively, they invite reflection on the significance of forbidden knowledge to Freud.

"This gathering of post-modern metafreudians is entertaining, provocative and thoughtful. The quality of thought is playful and kaleidoscopic...Looking at Sophocles' Oedipus, Shakespeare's Hamlet, or Augustine's Confessions, the essays consistently reveal (and revel in) the forbidden."

About Edited by Peter L. Rudnytsky

Peter L. Rudnytsky is Professor of English at the University of Florida and a Corresponding Member of the Institute of Contemporary Psychoanalysis in Los Angeles. Ellen Handler Spitz is an independent scholar and cultural critic who has published widely on the arts and psychoanalysis. She was a Gethy Scholar in 1989 and 1990 and has taught at the Hebrew University in Jerusalem. She currently holds an appointment in the Department of Psychiatry at the Cornell University Medical College. She is the author of Art and Psyche and Image and Insight.

GOR010188863
Freud and Forbidden Knowledge by Edited by Peter L. Rudnytsky
Edited by Peter L. Rudnytsky
Used - Well Read
Paperback
New York University Press
1993-10-31
198
0814774601
9780814774601
N/A
Book picture is for illustrative purposes only, actual binding, cover or edition may vary.
This is a used book. We do our best to provide good quality books for you to read, but there is no escaping the fact that it has been owned and read by someone else previously. Therefore it will show signs of wear and may be an ex library book.