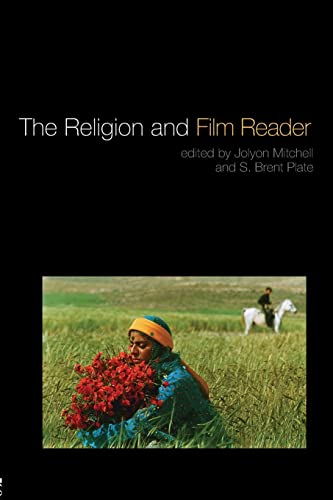 The Religion and Film Reader
by Edited by Professor Jolyon Mitchell

The Religion and Film Reader Summary

The Religion and Film Reader by Edited by Professor Jolyon Mitchell

Edited by leading experts in the field, The Film and Religion Reader brings together the key writings in this exciting and dynamic discipline. In over sixty interviews, essays and reviews from numerous directors, film critics and scholars, this eagerly anticipated anthology offers the most complete survey of this emerging field to date.

Film is now widely studied and researched in theology and religious studies departments, The Film and Religion Reader is therefore ideal for students and researchers, introduced and organized into the following thematic and chronological sections, each with an introduction by the editors:

This Reader brings together a huge amount of material in a student-friendly format and will be an invaluable resource for courses within both theology and religious studies.

The Religion and Film Reader Reviews

'This is a genuinely useful addition to the maturing literature on religion and film. The imaginative selection of readings makes this book an invaluable resource that will broaden and deepen the insights of students and researchers in this field. This will undoubtedly become a key text for any serious course exploring the various ways in which religion and film intersect.' - Gordon Lynch, Professor of Sociology of Religion, Birkbeck, University of London, UK

'[There is a lot to think about here], and it is just a micro-sample of all that is to be found in this milestone collection.' - Project Muse (Scholarly Journals Online)

'Jolyon Mitchell and S. Brent Plate ... consistently stress the historical depth, the geographical spread and the sheer critical complexity that marks reflection on the relationship between religion and film. ... In conclusion, this is a highly intelligent and thought-provoking collection of work exploring the relationship between religion and film ...[T]his eclecticism is also one of the volume's main strengths for it constantly throws up new and challenging ways of thinking about religion and film, and for this reason alone, I would warmly recommend this book to scholars seeking a way into this field or looking for a course reader for their students.' - David Murphy, University of Stirling, Literature and Theology, 23(2)

About Edited by Professor Jolyon Mitchell

GOR003200796
The Religion and Film Reader by Edited by Professor Jolyon Mitchell
Edited by Professor Jolyon Mitchell
Used - Very Good
Paperback
Taylor & Francis Ltd
2007-06-01
496
0415404959
9780415404952
N/A
Book picture is for illustrative purposes only, actual binding, cover or edition may vary.
This is a used book - there is no escaping the fact it has been read by someone else and it will show signs of wear and previous use. Overall we expect it to be in very good condition, but if you are not entirely satisfied please get in touch with us.