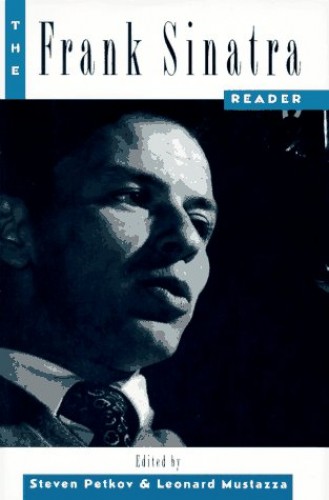 The Frank Sinatra Reader
by Edited by Steven Petkov

In Stock
$12.99
+10% GST
A selection of writings by music critics about the singer, drawn from books, magazines and newspapers. Divided into four chronologically arranged parts, the book assesses Sinatra as a teenager, mature recording artist, powerful and influential star, and enduring legend.
Very Good
Only 4 left

The Frank Sinatra Reader by Edited by Steven Petkov

This collection of essays - drawn from books, magazines and newspapers - surveys Frank Sinatra's impact on American popular music since his rise to fame in 1939. Divided into four chronological sections, the book assesses Sinatra the teen phenomenon, the mature recording artist, the powerful and influential star, and the enduring legend. The articles document the evolution of Sinatra's musical career and persona through the writings of Henry Pleasants, Arnold Shaw, Stephen Holden, Gene Lees, Gay Talese, Whitney Balliett and William Kennedy.

About Edited by Steven Petkov

About the Editors:
Leonard Mustazza is Director of Academic Affairs and Professor of English and American Studies. He is the author of Such Prompt Eloquence: Language as Agency and Character in Milton's Epics, Forever Pursuing Genesis: The Myth of Eden in the Novels of Kurt Vonnegut, and Critical Response to Kurt Vonnegut. Steven Petkov teaches Political Science and American Studies. Both are at Penn State University, Ogontz.

GOR002671332
The Frank Sinatra Reader by Edited by Steven Petkov
Edited by Steven Petkov
Used - Very Good
Hardback
Oxford University Press Inc
1995-10-01
317
0195095316
9780195095319
N/A
Book picture is for illustrative purposes only, actual binding, cover or edition may vary.
This is a used book - there is no escaping the fact it has been read by someone else and it will show signs of wear and previous use. Overall we expect it to be in very good condition, but if you are not entirely satisfied please get in touch with us.