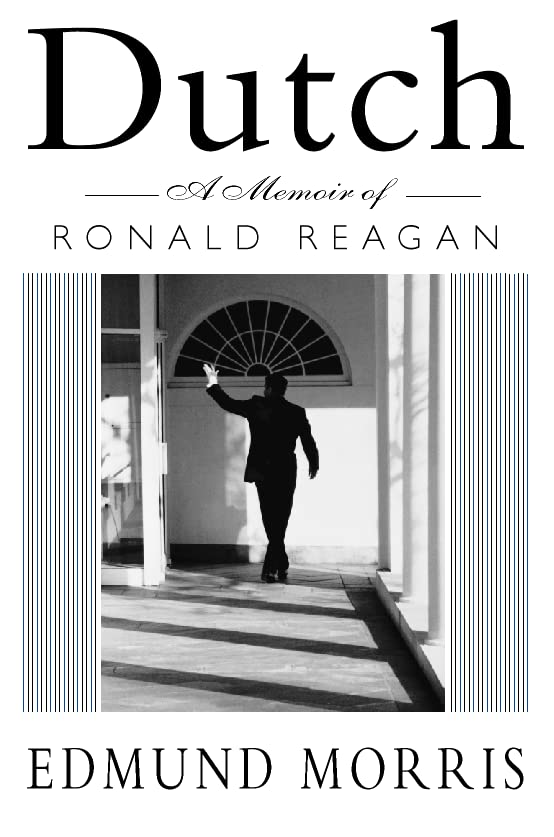 The authorized life of Ronald Reagan written by America's most innovative and Pulitzer Prize-winning political biographer. This unprecedented book breaks through all conventional definitions of biography.

Dutch: A memoir of Ronald Reagan by Edmund Morris

The authorized life of Ronald Reagan written by America's most innovative and Pulitzer Prize-winning political biographer. This unprecedented book breaks through all conventional definitions of biography.

`Poor dear. There's nothing between his ears.' So Margaret Thatcher described Ronald Reagan. But the Iron Lady, when in the `poor dear's' presence, giggled like a schoolgirl. `One could not talk to him for more than a few minutes without being aware of the ordinariness of his mind,' says Helmut Schmidt. But Mikhail Gorbachev, deconstructor of communism, is now despised by his people, while the most popular boys' name in the former USSR is Ronald. Indisputably Ronald Reagan the everyday person was opaque, pedestrian, ignorant, a hollow man - now incapacitated by Alzheimers. Yet, as President-Governor-Actor-Announcer - Lifeguard Ronald Reagan became a creature of the American folk imagination with the power to tap into vast resources of nostalgia in the American people. He is a myth; the sum total of all American fantasies. It is this Reagan that is the subject of Edmund Morris's book. Morris has been working on the authorized biography of Ronald Reagan since 1985. He has become intimate with Reagan himself, Nancy and their children, and has had unrestricted access to all Reagan's private papers. This would be enough to ensure a significant and lasting biography of this extraordinary American. However, Morris combines these benefits with enormous powers of scholarship and a literary imagination beyond compare. The result is a book truly revolutionary in form. Reagan's biography is written with a biographical doppelganger following Reagan through each phase of his life, showing how the life of Reagan integrates with his times, and explaining the great and so-far elusive mystery of the extraordinarily potent link between Reagan and the American people. This book succeeds in making literature out of the life of America's Actor-President. There has been nothing like it before.

Edmund Morris is one of America's best political biographers and journalists. He is the author of the Pulitzer Prize winning The Rise of Theodore Roosevelt. He lives in New York and Washington, DC.

GOR001647248
Dutch: A memoir of Ronald Reagan by Edmund Morris
Edmund Morris
Used - Very Good
Paperback
HarperCollins Publishers
2000-11-20
912
0007102623
9780007102624
N/A
Book picture is for illustrative purposes only, actual binding, cover or edition may vary.
This is a used book - there is no escaping the fact it has been read by someone else and it will show signs of wear and previous use. Overall we expect it to be in very good condition, but if you are not entirely satisfied please get in touch with us.