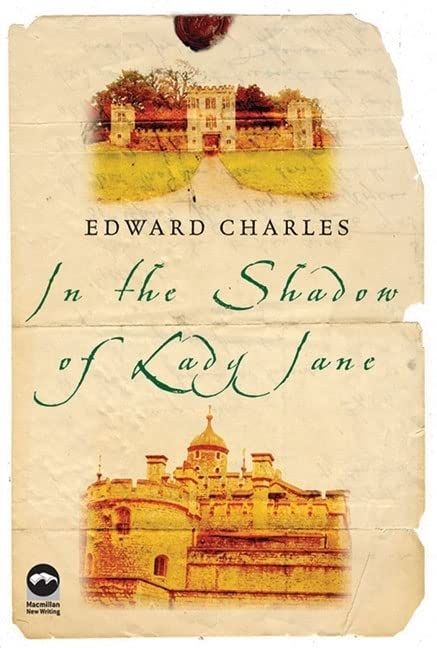 In The Shadow of Lady Jane
by Edward Charles

In Stock
$11.99
+10% GST
Evoking the frenzied atmosphere of infighting, betrayal and ruthlessness which characterised sixteenth-century political life in Britain, In the Shadow of Lady Jane humanises one of British history's most enigmatic but beguiling icons, Lady Jane Grey.
Very Good
Only 1 left

In The Shadow of Lady Jane Summary

In The Shadow of Lady Jane by Edward Charles

It is April 1551. While the family of Lord Henry Grey are visiting their Devon estate, the Grey sisters are saved from drowning by a local medical apprentice, Richard Stocker. Little does Richard know that this single act will plunge him into a tide of religious and social upheaval which will change not only his own life but the course of British history.

In gratitude for saving his daughters, Lord Henry agrees to employ Richard in his household. Lady Katherine has already fallen for her father's handsome new employee, while Richard is in thrall to the intellect of her troubled but brilliant sister, Lady Jane, with whom he forms a close friendship.

Following King Edward's death, the teenaged Lady Jane is proclaimed Queen. Soon, however, she is deposed and put to the axe. The woman Richard has grown to love as a friend, confidante and adviser is dead. Bereft, he abandons the intrigues and deceptions of Court life, resolving to resume his medical apprenticeship.

In the Shadow of Lady Jane is a memorable and richly imagined work of historical fiction - at once a gripping political thriller and a compelling love story.

Edward Charles Townsend is an economist with a finance PhD from Manchester Business School. He has been a university lecturer and a City and international businessman and has published widely in his specialist subjects. He currently lives in Devon where he writes, paints, and tends his vineyards.

GOR001996326
In The Shadow of Lady Jane by Edward Charles
Edward Charles
Used - Very Good
Hardback
Pan Macmillan
2006-05-05
340
0230001068
9780230001060
N/A
Book picture is for illustrative purposes only, actual binding, cover or edition may vary.
This is a used book - there is no escaping the fact it has been read by someone else and it will show signs of wear and previous use. Overall we expect it to be in very good condition, but if you are not entirely satisfied please get in touch with us.