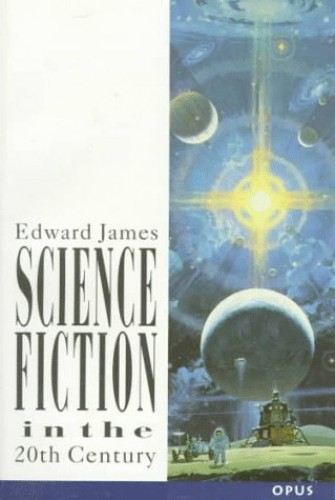 Science Fiction in the Twentieth Century
by Edward James

Out of Stock
$26.49
inc. GST
An introduction to science fiction, exploring it as a cultural phenomenon which has held considerable influence on the way in which people see science, technology and many other aspects of the modern world. Edward James is the editor of "Foundation: The Review of Science Fiction".
Very Good
Only 0 left

Science Fiction in the Twentieth Century by Edward James

This work is an attempt to look beyond science fiction as a series of texts and authors, and to try to see it for what it is - a peculiarly 20th-century genre of literature, which tries to make sense of the changes which science and technology has brought to modern society. It is also a cultural phenomenon which had had a considerable impact upon the way in which people view the world and their place in it. The book traces science fiction from the 19th century, through the establishment of American domination of the field after 1945, to the large-scale industry which it has now become. It also examines the special pleasures experienced by the science fiction reader, and the way in which this has brought into existence a community of readers and writers. Edward James is the editor of "Foundation: The Review of Science Fiction" and the first volume of "The New Cambridge Medieval History".

About the Author:
Edward James is Director of the Center for Medieval Studies and Senior Lecturer at the University of York.

GOR000882463
Science Fiction in the Twentieth Century by Edward James
Edward James
OPUS
Used - Very Good
Paperback
Oxford University Press
1994-11-01
264
0192892444
9780192892447
N/A
Book picture is for illustrative purposes only, actual binding, cover or edition may vary.
This is a used book - there is no escaping the fact it has been read by someone else and it will show signs of wear and previous use. Overall we expect it to be in very good condition, but if you are not entirely satisfied please get in touch with us.