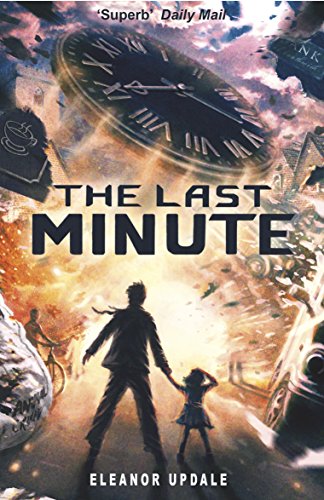 The Last Minute
by Eleanor Updale

Out of Stock
$14.49
inc. GST
9.21am: business as usual on a high street in England. Travel with them, second-by-second, through the hopes, fears, love, worries, gossip, cruelty, kindness and trivia that dominated their final minute before tragedy struck.
Very Good
Only 0 left

The Last Minute by Eleanor Updale

9.21am: business as usual on a high street in England. 9.22am: the explosions are heard for miles around, and in the early confusion there is talk of a gas leak, a plane crash, and even terrorism . . . The people of Heathwick had been preparing for Christmas unaware that many would die, and the rest would be transformed for ever. Travel with them, second-by-second, through the hopes, fears, love, worries, gossip, cruelty, kindness and trivia that dominated their final minute before tragedy struck. And in the everyday story of an ordinary street, look for clues to what happened, and why.

"This is an outstanding novel for mature readers of any age and adds lustre to Updale's established brilliance." -- Keith Gray * The Scotsman *
"This is a very clever and compelling piece of writing." -- Marilyn Brocklehurst * The Bookseller *
"This is high concept stuff... It's a simply brilliant idea and it's perfectly executed: humorously, movingly, excitingly and without any surplus detail or description." -- Adele Geras * Awfully Big Reviews *
"One of the things I love about the children's author Eleanor Updale is that she's impossible to pigeonhole. And now we have The Last Minute, a book utterly unlike its predecessors. This is powerful stuff. What on earth will Eleanor Updale come up with next?" -- Philip Ardagh * Guardian *
"A real achievement ... I found this so compelling that I read this book in one sitting." -- Clare Poole * The Bookseller *

Eleanor Updale has been writing books since the turn of the century. Before that she worked in radio and television: mainly on news programmes including The World at One and Newsnight. Eleanor's 'Montmorency' series has won awards on both sides of the Atlantic, and Johnny Swanson was longlisted for the Carnegie Medal, shortlisted for the UKLA Book Awards and won the Fantastic Book Award. You can find out more at www.eleanorupdale.com

GOR005931497
The Last Minute by Eleanor Updale
Eleanor Updale
Used - Very Good
Paperback
Random House Children's Publishers UK
2014-01-30
272
0552560367
9780552560368
Winner of Carnegie Medal 2014 (UK) Runner-up for Catalyst Book Award 2014 (UK) Runner-up for Dudley Teen Book Award 2014 (UK)
Book picture is for illustrative purposes only, actual binding, cover or edition may vary.
This is a used book - there is no escaping the fact it has been read by someone else and it will show signs of wear and previous use. Overall we expect it to be in very good condition, but if you are not entirely satisfied please get in touch with us.