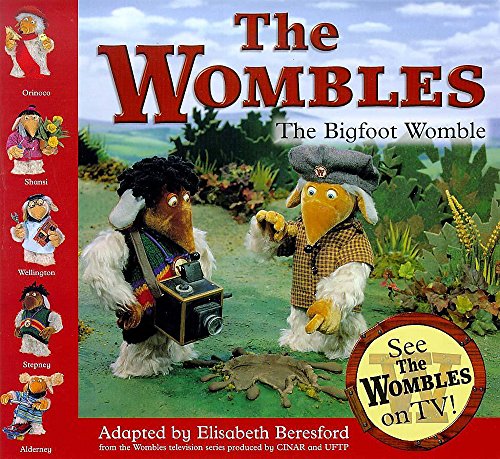 The Bigfoot Womble
by Elisabeth Beresford

The Bigfoot Womble by Elisabeth Beresford

Bungo has been reading all about the infamous Bigfoot Womble, none of the other Wombles believe he'll find Bigfoot but then Bungo sees a huge footprint on the common ...

Including old favourites like Tomsk and Uncle Bulgaria, plus new chacters for the '90s, these irresistable books follow our furry friends as they continue their quest to tidy the world.

GOR000599901
The Bigfoot Womble by Elisabeth Beresford
Elisabeth Beresford
Wombles
Used - Very Good
Paperback
Hachette Children's Group
1999-07-15
16
0340746734
9780340746738
N/A
Book picture is for illustrative purposes only, actual binding, cover or edition may vary.
This is a used book - there is no escaping the fact it has been read by someone else and it will show signs of wear and previous use. Overall we expect it to be in very good condition, but if you are not entirely satisfied please get in touch with us.