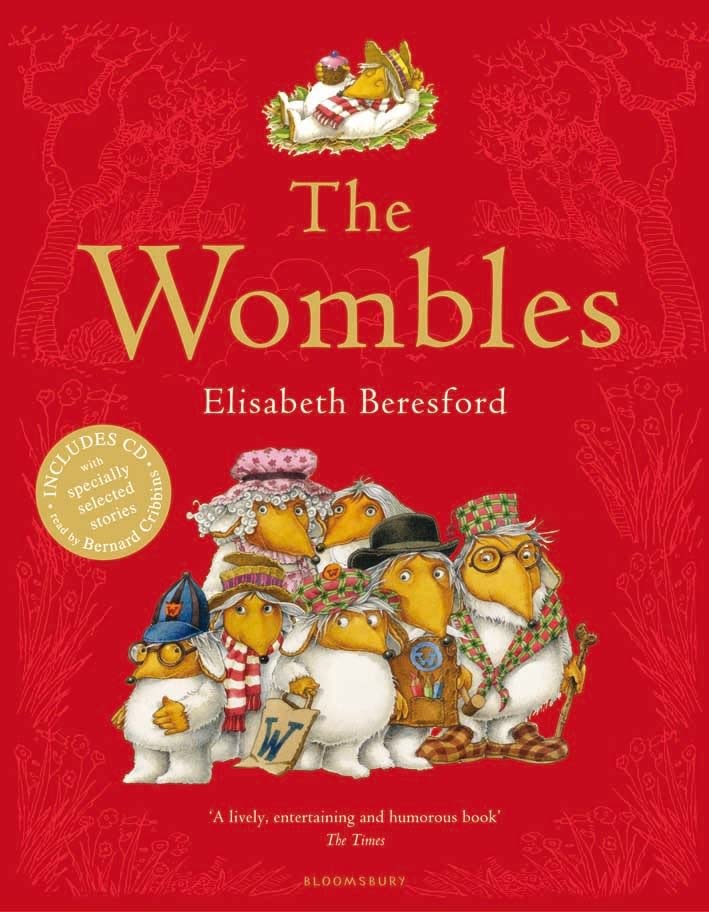 The Wombles
by Elisabeth Beresford

The Wombles by Elisabeth Beresford

The Wombles is the first in the Wombles series of books and introduces many of the favourite Womble characters, including the stern but kindly Great Uncle Bulgaria and Orinoco, fond of his food and a subsequent forty winks, among many others. Illustrated throughout in full colour by the talented Nick Price, this edition of the first in the much-loved and classic Wombles series will make the perfect gift.

No kid should grow up without having the Wombles in their lives * Bookbag *
Endearing adventures involving gathering and sorting rubbish, braving meetings with humans and dogs and, in the nicest possible way, making sure the world is a better place * Julia Eccleshare, Love Reading 4 Kids *
Time has not lessened their charm and children reading them for the first time will be delighted * Scotsman *
Today's children will be as charmed as their parents by Great Uncle Bulgaria, Orinoco, Bungo and Tobermory and their quest to recycle rubbish and put it to good use * Daily Express *

Elisabeth Beresford first came up with the idea for the Wombles characters when walking on Wimbledon Common with her two children. She started sketching out the characters that day: Great Uncle Bulgaria was based on her father-in-law, Tobermory on her brother (an inventor), Orinoco on her son, and Madame Cholet on her mother. She hoped that the Wombles stories would encourage children to fight pollution and to think up ways of 'making good use of bad rubbish'. In fact, the Wombles so charmed the nation that they were chosen as the mascots for the Tidy Britain campaign. Since then they have had their own television series, first broadcast on Jackanory. Elisabeth Beresford was awarded an MBE for her services to children's literature in 1998. Bernard Cribbins is the voice of the Wombles. He was awarded an OBE in the Queen's Birthday Honours List in 2011 for his services to drama. www.thewomblesbooks.com

GOR005466401
The Wombles by Elisabeth Beresford
Elisabeth Beresford
Used - Very Good
Paperback
Bloomsbury Publishing PLC
2013-11-07
240
1408826488
9781408826485
N/A
Book picture is for illustrative purposes only, actual binding, cover or edition may vary.
This is a used book - there is no escaping the fact it has been read by someone else and it will show signs of wear and previous use. Overall we expect it to be in very good condition, but if you are not entirely satisfied please get in touch with us.