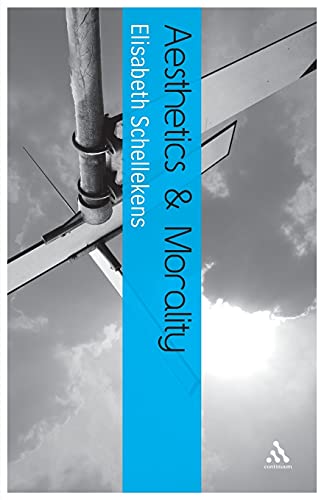 Aesthetics and Morality
by Elisabeth Schellekens

Used Price
$50.99
inc. GST
Free Shipping in Australia
Must a work of art be morally admirable in order to be aesthetically valuable? How, if at all, do our moral values shape our aesthetic judgements - and vice versa? This work presents a insightful inquiry into precisely this set of questions. It also explores the main ideas and debates at the intersection of aesthetics and moral philosophy.
Reviews:
Trustpilot
Very Good

Aesthetics and Morality by Elisabeth Schellekens

In this stimulating, lucid and insightful inquiry, philosopher Elisabeth Schellekens invites readers to reflect on their own opinions about art and morality.Aesthetic and moral value are often seen to go hand in hand. They do so not only practically, such as in our everyday assessments of artworks that raise moral questions, but also theoretically, such as in Kant's theory that beauty is the symbol of morality. Some philosophers have argued that it is in the relation between aesthetic and moral value that the key to an adequate understanding of either notion lies. But difficult questions abound. Must a work of art be morally admirable in order to be aesthetically valuable? How, if at all, do our moral values shape our aesthetic judgements - and vice versa?"Aesthetics and Morality" is a stimulating and insightful inquiry into precisely this set of questions. Elisabeth Schellekens explores the main ideas and debates at the intersection of aesthetics and moral philosophy. She invites readers to reflect on the nature of beauty, art and morality, and provides the philosophical knowledge to render such reflection more rigorous. This original, inspiring and entertaining book sheds valuable new light on a notably complex and challenging area of thought."The Continuum Aesthetics" series looks at the aesthetic questions and issues raised by all major art forms. Stimulating, engaging and accessible, the series offers food for thought not only for students of aesthetics, but also for anyone with an interest in philosophy and the arts.

'A comprehensive and authoritative survey of the complex relations between the aesthetic and the moral, not just saying what the issues are but reflecting judiciously on them. Above all, a delight to read.' Professor Peter Lamarque, Department of Philosophy, University of York, UK
'Schellekens guides the reader through some of the central problems in philosophical aesthetics in an interesting and original way. Aesthetics and Morality offers a refreshing alternative to more traditional introductions to aesthetics.'A James Harold, Mount Holyoke College, Notre Dame Philosophical Reviews, July 2008A

Elisabeth Schellekens is Lecturer in Philosophy at Durham University, UK.

GOR006444591
Aesthetics and Morality by Elisabeth Schellekens
Elisabeth Schellekens
Continuum Aesthetics Series
Used - Very Good
Paperback
Bloomsbury Publishing PLC
2007-11-15
208
0826497624
9780826497628
N/A
Book picture is for illustrative purposes only, actual binding, cover or edition may vary.
This is a used book - there is no escaping the fact it has been read by someone else and it will show signs of wear and previous use. Overall we expect it to be in very good condition, but if you are not entirely satisfied please get in touch with us.