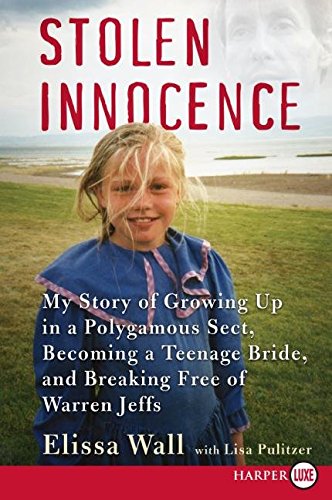 "Wall's story couldn't be more timely. Her descriptions of the polygamous sect's rigidity are shocking, but what's most fascinating is the immensely likeable author's struggle to reconcile her longing for happiness with her terror of it's consequences."--People

GOR001491123
Stolen Innocence: My story of growing up in a polygamous sect, becoming a teenage bride, and breaking free by Elissa Wall
Elissa Wall
Used - Very Good
Paperback
HarperCollins Publishers
2008-09-01
448
0007291116
9780007291113
N/A
Book picture is for illustrative purposes only, actual binding, cover or edition may vary.
This is a used book - there is no escaping the fact it has been read by someone else and it will show signs of wear and previous use. Overall we expect it to be in very good condition, but if you are not entirely satisfied please get in touch with us.