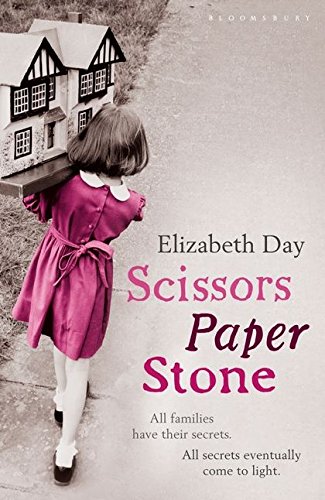 Charles Redfern is in a coma. As he lies motionless in hospital, his wife Anne and daughter Charlotte are forced to come together to confront their relationships with him - and with each other. Anne, once regarded as beautiful and clever, has felt herself disappearing for years, paling beside her husband's harsh brilliance. Anxious to fit in with the expectations of the people around her, she keeps her disillusionment buried inside, mechanically attending the endless round of drinks parties and dinners in her keenly social neighbourhood, and trying to ignore the guilt that trails behind her like a shadow. Charlotte, battling an inner darkness that threatens to overwhelm her, is desperate to prevent her relationship with not-yet-divorced Gabriel from disintegrating through her own self-sabotage. As the full truth of Charles's hold over them emerges into the light, both women must come to terms with the choices they have made, and the uncertainty of a future without the figure that has dominated them for so long. Elizabeth Day's debut novel speaks beautifully and frankly about the banal horror of fractured relationships and the uncomfortable truths behind smiling family photographs. Poetic, absorbing and deeply moving, Scissors, Paper, Stone is a story of damage, survival and restoration, and of the powerful ties that bind us together.

`The relationship between the two women is very well done - tense, hinting all the time at some fatal incident ...truly disturbing, utterly believable ... sensitive, never prurient' * Margaret Forster *
`Elizabeth Day has written an absorbing and moving novel in which she has managed to convey the chronic damage that a father, wife and daughter may do to one another. Her writing is both delicate and direct, not an easy combination to effect, but she has pulled it off' * Elizabeth Jane Howard *
`A daring, absorbing and beautifully-written story of damage and betrayal, this is an exhilarating and deeply affecting first novel' * Jennie Rooney, author of Inside the Whale *
`Written with an imagination and emotional sensitivity that elevate it far beyond the cliches of middle-class melodrama, Scissors, Paper, Stone is a moving, terrifyingly real account of how love can be bent out of all recognisable shape.' * Observer *

Elizabeth Day is an award-winning journalist who has worked for the Evening Standard, the Sunday Telegraph, the Mail on Sunday and Elle, and who is now a feature writer for the Observer. She grew up in Northern Ireland and graduated with a double first in History from Cambridge. She lives in London. Scissors, Paper, Stone is her first novel.

GOR002340535
Scissors, Paper, Stone by Elizabeth Day
Elizabeth Day
Used - Very Good
Paperback
Bloomsbury Publishing PLC
2011-01-04
256
1408807610
9781408807613
N/A
Book picture is for illustrative purposes only, actual binding, cover or edition may vary.
This is a used book - there is no escaping the fact it has been read by someone else and it will show signs of wear and previous use. Overall we expect it to be in very good condition, but if you are not entirely satisfied please get in touch with us.